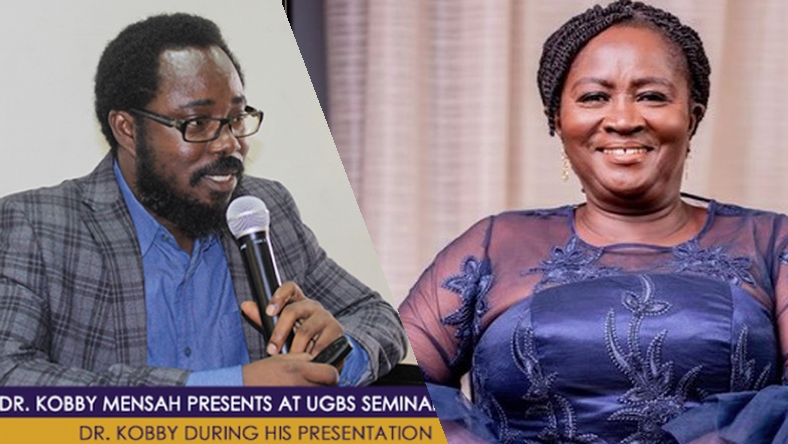 A Senior Lecturer at the Political and Marketing Strategy Department of the University of Ghana Business School, Dr. Kobby Mensah, has opined that he has no doubt the running mate of the Flagbearer of the NDC will give the NPP a stiffer and tougher competition.

Since the announcement of the Former Education Minister, Prof. Naana Jane Opoku Agyemang, by Former President John Dramani Mahama as his running mate, several questions and criticisms have been raised and passed as to the former University of Cape Coast Chancellor’s readiness and capabilities, while others totally doubt her prowess in Politics.

But According to Dr. Kobby Mensah, a Senior Political Lecturer, in an interview with Nana Jantuah on OBS, has no doubt in her capabilities.

Speakkng with Oyerepa fm, the Senior Lecturer said that by extension, one can use former President Mahama back in 2012 who was known by many then as a genuine gentleman who was not actually a Political Establishment, of which same can be said of Dr. Mahmoud Bawumia. He stated that it is too early for people to say Prof. Naana Opoku – Agyemang will be no different from a Politician.

“The Personality Character of Prof. Naana Opoku Agyemang shows a very fine posture, but she can also be very firey, considering what was witnessed yesterday, ” the Snr. Lecturer opined.

He further stated that the running mate of the NDC will surely be up to the game and give opposition parties, especially the NPP a good competition.

The Senior Lecturer, Political and Marketing Strategist indicated that people will get to assess the running mate of the NDC’s Flagbearer better if the NDC is able to assume power.