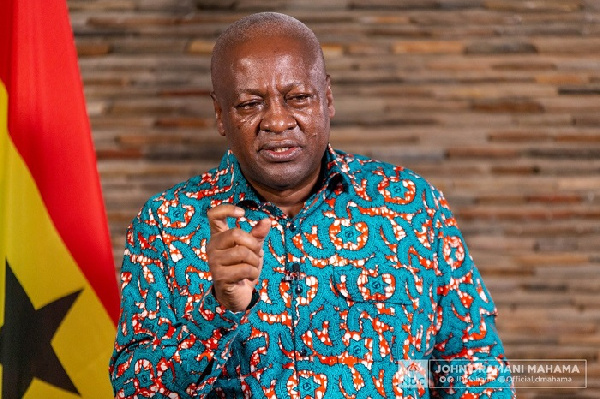 Veteran musician Lucky Mensah has expressed disappointment at the National Democratic Congress (NDC) for their choice of a flagbearer.

The “Comeback” hitmaker said the NDC could have made a better choice than ex-president John Mahama.

According to Lucky Mensah, Mahama has been at the helm of power before and he failed abysmally therefore he was expecting a new candidate.

“He lost woefully in the 2016 elections, how can you elect him again? I was surprised because Dumsor will come again if he wins.”

He continued: “I don’t know the criteria they used in selecting him again because the constitution gives him just four years to rule Ghana again and he is coming to waste our time with excuses he had only four years so we don’t need him”.

He said the former President has risen from the low level of politics to the presidency so he should have given other people the opportunity to lead the nation.

“You have risen in all the ranks. From unit committee member to an assembly member, to MP, then to Deputy Minister and then the Minister and then to Vice President to the President. You have done all these so why don’t you step aside. I am surprised he is coming back,” he observed.