Mother who allegedly poisoned her 2 kids to undergo psychiatric examination 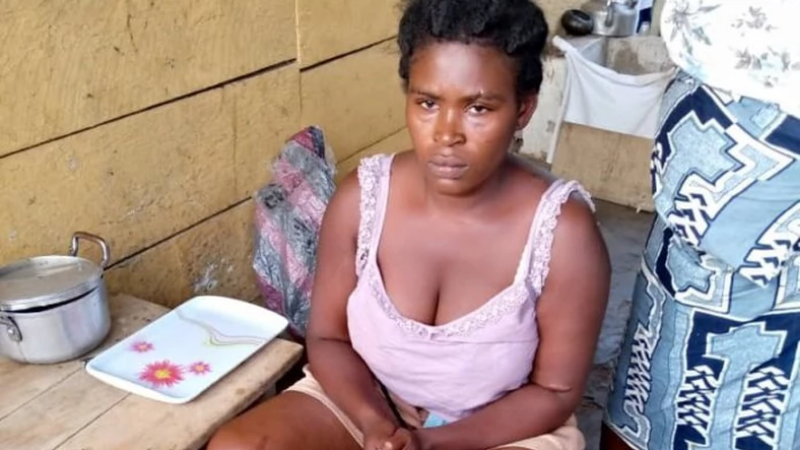 The 28-year-old woman, Abigail Agbubia who allegedly poisoned her two little children to death at Manhean, a suburb of Tema Newtown in the Tema Region, is expected to undergo a psychiatric examination to ascertain her mental stability.

Justice Akosua Anokyewaa Adjepong, of the Tema Magistrate Court, granted the order when prosecution made an application to that effect when the accused, Abigail Agbubia, appeared before it.

Agbubia, whose plea was not taken, was also remanded into police custody after a provisional charge of murder was read and explained to her in the Twi language.

Inspector Emmanuel Kleku Mensah told the Court that on July 30, 2020, at about 17:30 hours the Tema Regional CID had information that two children were found dead at Manhen in Tema.

He said the crime scene team and investigators visited the scene where they found the motionless bodies of a boy and a girl aged two years and eight months respectively in a wooden structure.

The deceased children, a boy, and a girl aged two and eight months respectively were found dead on a bed and locked up in their rooms after residents became suspicious of their whereabouts.

The incident attracted a crowd to the scene where the children laid motionless on their bed wearing only diapers with foam on their lips and nostrils.

The suspect initially fled the scene but was arrested by some residents who handed her to the police.

The suspect, Abigail Agbubla Tetteh, was arrested to assist in the investigation after she allegedly administered a yet to be determined drug to the children and fled.

The bodies were subsequently sent to the Police Hospital morgue for preservation and autopsy.