Finally the real ‘Papa no’ Pops up as he breaks silent on the happening. (Watch Video) 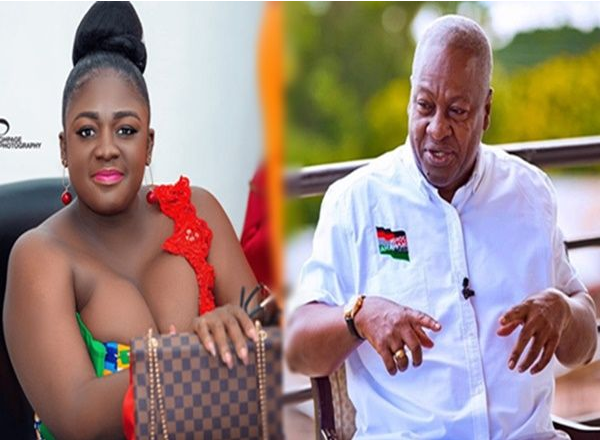 Kumawood actress, Tracey Boakye, is still trending on social media all because of the real father of her newborn daughter.

The beautiful actress, after giving birth to her second child, has been trending for the wrong reason. Many people have been asking about the name of her little daughter following her social media banter with Mzbel.

A lot of names have popped up as the real father of her daughter but the actress is yet to confirm. Now.

Our portal has seen a video of a man claiming he is the ‘papa no’ Ghanaians have been talking about. According to the man, he is the real father of her daughter and Ghanaians should stop mentioning other people’s names.

previously reported a story of how the actress reacted after Kumawood actor, Mr Obrempong’s name came up as her baby daddy. She took to social media to release a photo of Mr Obrempong apologising for causing him harm over news that he is the father of her daughter.

She confirmed that Mr Obrempong is not the father of her little daughter. She wrote:

“BRO IM SOO SORRY FOR WHATEVER I HAVE CAUSED YOU AND YOUR ENTIRE FAMILY, WITH THE NEWS CIRCULATING ON SOCIAL MEDIA THAT YOU ARE MY BABY DADDY, YOU’VE BEEN THERE FOR ME AS A SENIOR BRO AND WORKING PARTNER , I’VE DECIDED TO KEEP MY RELATIONSHIP AND MY BABY DADDY FROM THE MEDIA, SO PLEASE STOP TAGGING AND DISGRACING.”