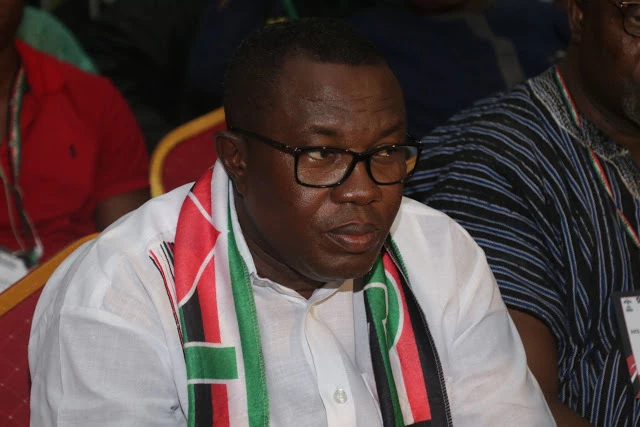 Samuel Ofosu Ampofo, the National Chairman of the opposition National Democratic Congress (NDC) has charged Ghanaians to vote out the New Patriotic Party (NPP) in the December 7 polls.

He said Ghana has to take a cue from what transpired in the recent US elections where the incumbent Donald Trump lost.

Mr. Ampofo said the government of President Nana Addo Dankwa Akufo-Addo has been abysmal like that of Trump, hence he has to go.

Speaking at a rally in Suhum, Ofosu-Ampofo said that the NPP government has mismanaged the economy and rendered Ghanaians poor.

“You see how the American’s recently did to their president Donald Trump? Let’s take a cue from them and send Akufo-Addo too home.

“He’s become an albatross on our neck and the only way we can regain our economic freedom is for us to vote against him just as the United States did to Trump,” he said.

The NDC Chairman also lamented on the poor roads in the Eastern Region amid the ‘Year of Roads’ mantra by the government.

He said that contrary to the ‘noise’ made by the government on road projects in the Eastern Region, the roads remain poor.

“On way from Somanya to here, we spent several hours because the roads were bad but they keep making noise about year of roads”.

The NDC has compared the upcoming Ghanaian elections to the December 7 polls and are confident Ghanaians will replicate what happened there to bring John Mahama back to power.

However, the Majority Leader in Parliament, Osei Kyei Mensah Bonsu has called on the former president and the NDC to stop dreaming.

The Suame MP said the Ghanaian and US elections are different and they have separate contexts this year.

Somebody should wake him up from his slumber. Perhaps it’s one of the attributes of incompetent people. In his slumber he thinks that he can win,” he said.

Kyei-Mensah-Bonsu said that Mahama’s actions rather compare to Trump and not Biden.

He asked John Dramani Mahama to “pack his things and go and rest in pieces.”