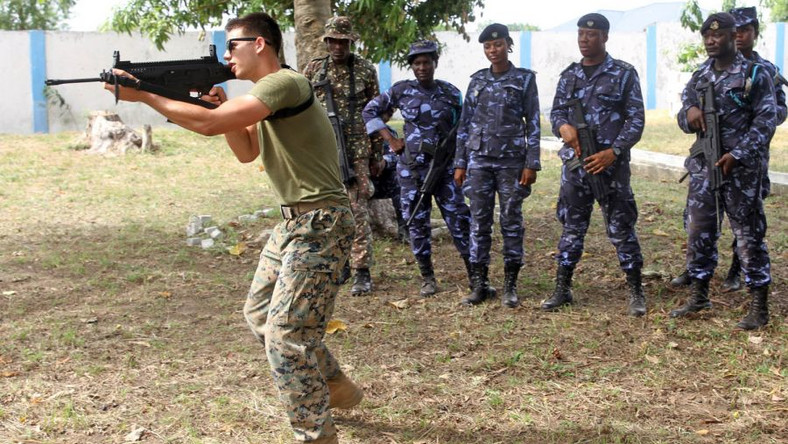 The Supreme Court has fixed May 5, 2020, to deliver its verdict on the suit challenging the government’s decision to sign the United States-Ghana Military Cooperation Agreement.

The court was expected to give its ruling today, but when the matter was called, Chief Justice Anin Yeboah, who presided, adjourned the case due to the partial lockdown of coronavirus.

“Regrettably this matter would be adjourned to May 5 because the panel was unable to meet to have a conference on the matter due to the partial lockdown,” he said.

The Ghana-US military agreement generated unresolved controversy across policy and political lines in the country.

The defence agreement would among other things allow the US military and civilian personnel access to certain facilities in Ghana and provide them privileges, exemptions, and immunities equivalent to those accorded to the administrative and technical staff of a diplomatic mission under the Vienna Convention on Diplomatic Relations of April 18, 1961.

Ghana is also expected to benefit from aid packages in excess of $20 million from the USA in the areas of training and grant.

Yaw Brogya Gyanfi, the Ashanti Regional Youth Organiser of the National Democratic Congress (NDC), who filed the writ, is asking that the agreement be nullified as the ratification by Parliament was unconstitutional.

The applicant argued that the agreement is invalid because the President of Ghana failed to execute the agreement as prescribed by Article 75 of the 1992 Constitution before sending it to Parliament for ratification.

The writ filed on March 26, 2018, has the Attorney-General Sophia Akuffo and Defence Minister, Dominic Nitiwul, as the first and second defendants.

According to Gyamfi, the two government appointees breached several laws in their bid to have the controversial Ghana-US military agreement ratified.

He, is, therefore, asking for a declaration that the Minister of Defence acted in contravention of articles 58 (1), 75 and 93 (2) of the 1992 Constitution when he laid or caused to be laid before Parliament an unexecuted draft of the supposed defence cooperation agreement for ratification under Article 75 of the 1992 Constitution.

He said neither the executive nor the legislature has the power to enter or ratify a treaty that seeks to oust the jurisdiction of the SC in matters of interpretation of international agreements. Source: Pulse Ghana