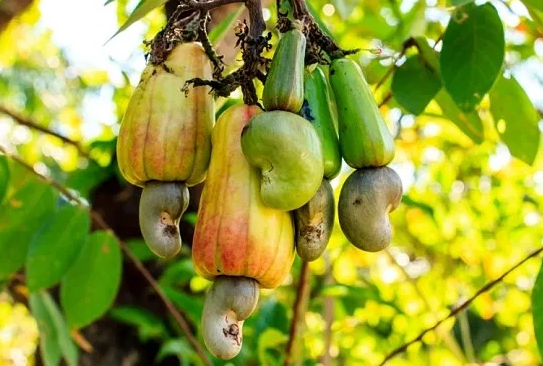 Young people who are into cashew farming in the country have entreated government to initiate policies and programmes that will attract the youth into the sector.

In their view, cashew farming is not attractive considering the prevailing conditions under which they work.
In an interview with Oyerepa News’ Emmanuel Oduro, some youth in the Jaman South District of Bono region who are into cashew farming said cashew production demand a lot of resources so without government’s support, it will be difficult for the farmers to embark on large scale production of cashew nuts enable them to get enough money to feed their families which will, in turn, attract the youth into the sector.
Among the support that the youth want the government to extend to cashew farmers are soft loans and free fertilizers.
The youth suggested that government include cashew farming in its Planting for Food and Export programme so that more state resources could be channelled into that sector.
They also pleaded with the government to eliminate middlemen who are mostly Indians from the purchase of cashew nuts and rather set up a body to buy the nuts directly from the farmers.
This, they said, will guarantee them a good price for their produce.
Notwithstanding all the problems associated with cashew production, the youth said, cashew farming is a lucrative job and appealed to their colleague to venture into it.