“We must seek to be empowered to be on our feet.” – Economist opines 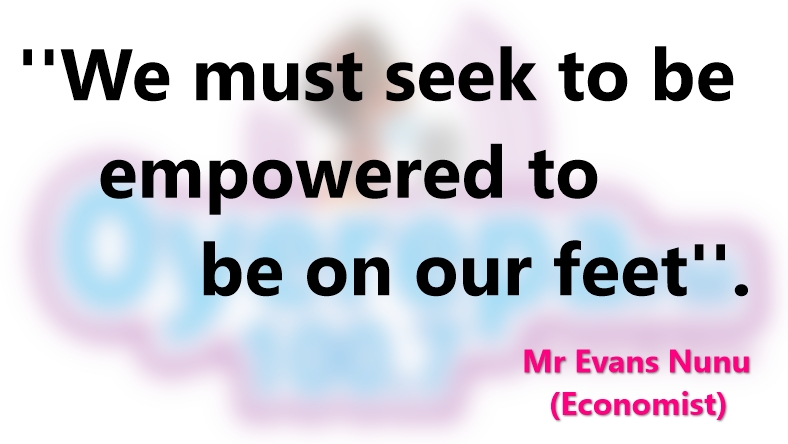 Empowerment is one thing every government has used in upsurging its fortunes to make development a reality.

This is the trump card an economist who has opined that every Ghanaian must demand to be emancipated from obsessive dependence on government for daily life improvement.

According to Mr Evans Nunu, an Economist and Management Consultant, in an interview with Nana Kwadwo Jantuah on Oyerepa Breakfast Show, Economists usually consider the micro – (the household & individuals, for instance, street lights) & macro – (the country as a whole) to come up with their stance as to a country developing, or not.

The Economist added, “One has to ask that is he/ she being relieved? The question must be that, is what was being done going to relieve everyone today, or in the near future.”

He described a strong and resilient economy as one which can take care of itself, hence create the enabling environment for people to be empowered, citing former Prez Kufuor as one who was very instrumental in pursuing such.

The Management Consulted bemoaned why cannot cater for ourselves unless someone does, though Free isn’t bad in some sectors of our economy.

Mr Evans Nunu expressed that the level and way we do free education need some counsel. He counselled that more we empower the government to cater to us, our preferences are curtailed.

He again advised, “If the monies for such is used in empowering people at their workplaces, hence we wouldn’t be begging politicians & government.

He opined, “We must seek to be empowered to be on our feet.”

He stated that it is difficult to assess governments in terms of infrastructural development, meanwhile, every government has its direction.