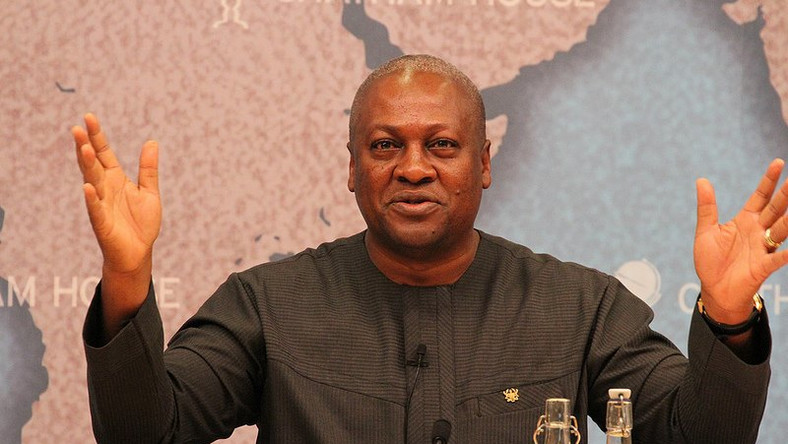 John Mahama, flagbearer of the National Democratic Congress (NDC), has called on President Nana Addo Dankwa Akufo-Addo to grant clemency to the pastor and two others jailed four years each for organising church service in defiance of a ban on congregations to prevent the spread of COVID-19 in the country.

In April 2020, they were found to have flouted a presidential directive on social gathering in the wake of the outbreak of the coronavirus.

The pastor of the Church of Pure Christ, Apostle Sampson Agakpe was arrested for organising a church service for more than 50 people in clear breach of the ban meant to control the spread of the deadly virus.

Maxwell Dzogoedzikpe, who is the Assistant Pastor and Samuel Agakpe, the Secretary and the head pastor pleaded guilty for failing to comply with the ban on church services.

They were however fined GH¢2,400 each or in default to serve four years in prison.

Mahama speaking during an interaction with Christian leaders in the Northern Region said the four-year prison sentence handed down to the pastor, Apostle Sampson Agakpe, and two others is draconian and an act of selective justice.

He said “We must all abide by the law, that is true, but we should not engage in selective justice, where you apply the law heavily on church workers who flout the law. Yet, during primaries, people were seen flouting the law with impunity and nothing happened to them.”

He stated that “We are all equal before the law. It should not be possible for political parties to flout the law and get away with it, yet when a church flouts the law, the punishment is heavy and draconian. We have our Christian colleagues, a pastor, and some church workers languishing in jail. They were sentenced to jail for four years. That is a very draconian punishment.”