“I want the NPP to be remembered with Agric & Education improvement in my district” – Honourable DCE for Bosome Freho. 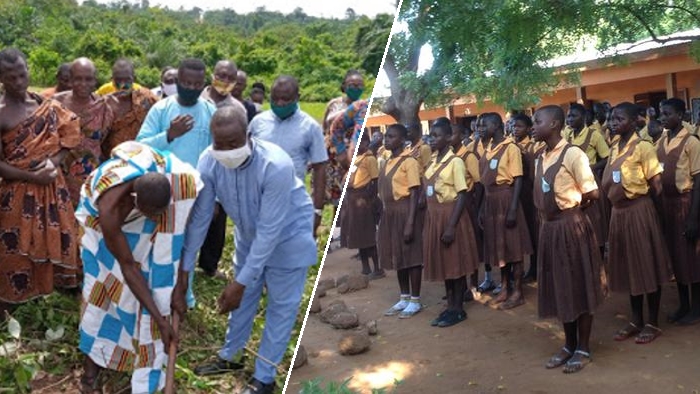 Agriculture and Education are two of the developmental sectors which cannot be overlooked in nation-building. Investing in such sectors expedites a country’s efforts in advance.

As stated by the honourable DCE for Bosome Freho, he, together with the NPP, want to leave a signature with the district in terms of Agric and Education.

According to Mr. Yaw Danso, the Honourable DCE for Bosome Freho, in an interview with Nana Kwadwo Jantuah on Friday, September 18, 2020, it is left with about 2 villages then schools under trees will be a thing of the past.

He recognized and commended GETFund for their immense contribution in addressing the issue of uncompleted classrooms in Bosome-Freho district.

“It is for the sake of Bosome-Freho district that Free education was initiated,” Mr. Danso opined.

Honourable DCE for Bosome Freho pledged that about 1,460 BECE Candidates in Bosome-Freho benefits from the Free SHS.

He revealed that per his data about 1,600 farmers grow local rice in his district.

Mr Yaw Danso added that the help of the President of the Republic of Ghana, together with the Agric Minister has given farmers the bargaining power to determine when to sell their farm produce.

He stated, “I want the NPP to be remembered with Agriculture and Education improvement in Bosome-Freho district. This is my primary focus.”