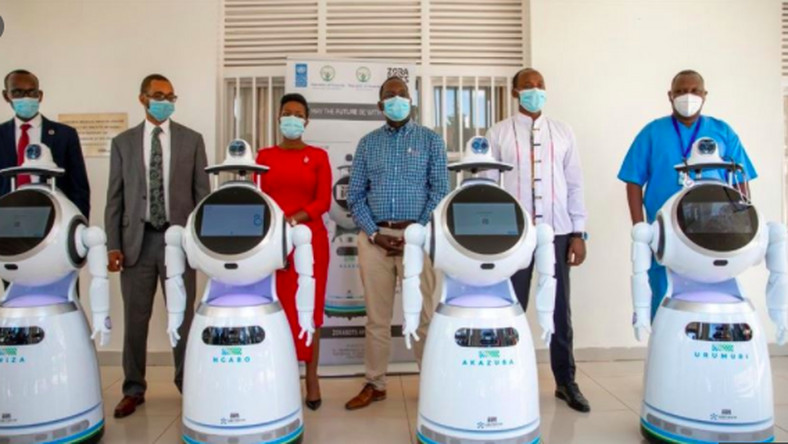 Rwanda has announced that it has purchased five new robots to aid in the fight against the COVID-19 in the country.

According to the country’s Health Ministry, the robots can screen 50 to 150 people per minute.

The robots have been equipped with screening capabilities and will help administer temperature checks, monitor patient status, and keep medical records.

According to tweets from the Ministry of Health’s page, the robots have the ability to also deliver food and medication to patient rooms, capture data, and notify officers on duty about detected abnormalities.”

Health Minister Daniel Ngamije told BBC Africa, that the country is working on getting more robots that can perform other tasks such as disinfecting public spaces.

The robots are manufactured by a Belgium-based company and also have the capability to alert health workers of abnormalities and warn people who aren’t wearing masks, or are wearing them improperly, reports BBC Africa.

Rwanda is the country considered to be at the forefront of technological advancement on the continent.

To date, Rwanda has recorded just under 300 cases with 203 recoveries and zero deaths according to official reports.