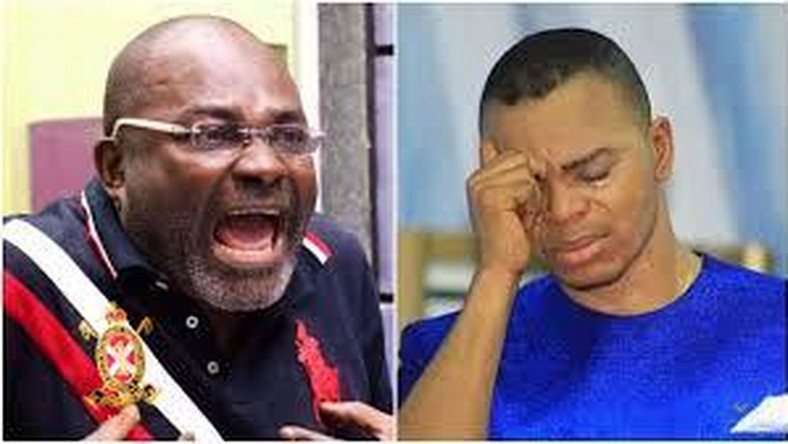 Kennedy Ohene Agyapong, the Member of Parliament for Assin Central has disclosed that he is the catalyst behind the legal woes of Prophet Daniel Obinim, founder of the International God’s Way Church.

The New Patriotic Party (NPP) MP said he is the one who ordered the police to arrest the famous man of God.

Speaking to Kumasi based Hello FM, Kennedy Agyapong confirmed his role in the arrest of Obinim.

He also added, “I have forwarded the issue to EOCO”.

Bishop Daniel Obinim was arrested by the Criminal Investigations Department (CID) of the Ghana Police Service over the publication of false news and falsification of documents.

According to the police, “He has been charged with the offences of Publication of false news and Forgery of document contrary to sections 208 and 159 of the Criminal and other offences Act, 1960 (ACT 29) respectively”.

Bishop Obinim was arraigned before a Magistrate’s Court, in Accra, and granted a GHC100,000.00 bail with three sureties – one to be justified.

Kennedy Agyapong urged Ghanaians to “focus on their work and stop following pastors like Bishop Obinim for spiritual guidance.”