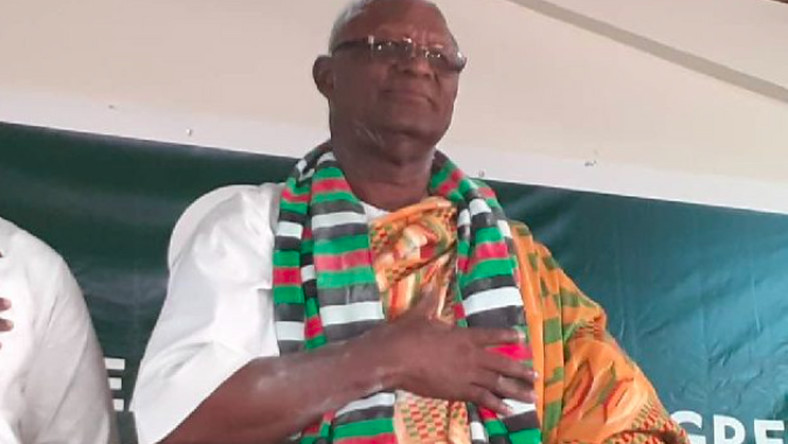 The Minority in Parliament is demanding the immediate withdrawal of military personnel deployed to parts of the Volta and Northern region.

According to the minority, the deployment is to suppress votes under the guise of patrolling the eastern border towns to enforce the COVID-19 restrictions.

The NDC MPs say they are particularly worried about reports of intimidation, deliberate flying of drones by heavily armed military personnel in the Volta, Oti, Northern, Upper East and Upper West Regions.

The Volta Regional Chairman of the NDC, Henry Ametefe, who addressed a news conference, accused President Akufo-Addo and the government of declaring war against Voltarians.

READ ALSO: Don’t allow yourselves to be used as pawns for abuse – Mahama cautions military

“There are emerging developments in the region that threaten our stability as a people. I am not attending a funeral. I am in red. My eyes are very, very red against the performance of Nana Addo. As I speak today, there is a declaration of war against the people of the Volta region. We saw it from their families… Gabby Asare Otchere Darko saying it on his (President Akufo-Addo’s) behalf, that we are not Ghanaians. In the Jubilee House itself where Nana Akufo-Addo is sitting as President, these are the comments he passed,” Ametefe said in the Volta Region.

He added: “And to actualize it, last Friday, they have marshalled the military contingent, the Police, Immigration, their so-called vigilante groups, the customs from Aflao to Tinjase, now under Oti region. They have succeeded in removing all the Voltarians, the Ewes from all these detachments and positioned purely Akan people. Why? What have we done?”

Ametefe, who is also a former Deputy Volta Regional Minister, said the plan against started Voltarian started long ago.

“As we speak, most of our prominent citizens, who are in various positions in government before the NPP assumed office have been removed.

“Dr Kwaku Awoonor, who is a very experienced Medical Practitioner, has no position now in the Ghana Health Service. He has been replaced by an ineffective and incompetent doctor. Why? We saw this thing coming and it happened at the University of Education, Winneba too against Professor Mawutor Avoke.”

He vowed that the agenda to suppress the region will be resisted. He cited the National Identification Authority mass registration exercise, which he claimed was planned to frustrate people in the Volta region and other opposition strongholds to pave way for the government-backed grand scheme.

“What is very worrying is that the Director of Public Affairs, Francis Palm-Deti, who is a son of the region, like few others, are part of this dirty agenda. Why?. I am a socialist trained and we don’t believe in ethnicity or tribalism. …..We are under threat. Events are showing clearly we are in a war. And I want the media to highlight this.”

Mr Ametefe said to prosecute the agenda, they are “using monies borrowed for development to bribe almost everybody to remain silent.”

“But it’s not every money you take. I want to send a clear signal to Nana. If any Voltarian has to lose his life as a result of this deployment, we will fight them to the wall. I am calling on all including the President of the National House of Chiefs, traditional rulers, all Queen mothers in the region and elsewhere to speak out and to know that the Volta region is at war with NPP,” he emphasized.

In a related development, the Ketu South communication officer has issued a statement flagging the heavy deployment to the area. “Our intelligence has revealed that the Akufo-Addo/Bawumia government in anticipation of the contentious compilation of a new voters register, deployed hundreds of officers from the Ghana Immigration Service, Customs, Police, Military and National Security parastatals to Aflao in the Ketu South Municipality, to harass and intimidate the citizens, as part of their grand effort to prevent the law-abiding people of this enclave, from participating in the so-called voter registration exercise.”

“These officers are stationed and doted within and along with the border communities right from Aflao Beat Zero to Duta, down to Yame-Lente and Wudoaba are seen openly harassing, intimidating and restricting movements of our residents to the extent of even following them to their abodes without permit”.