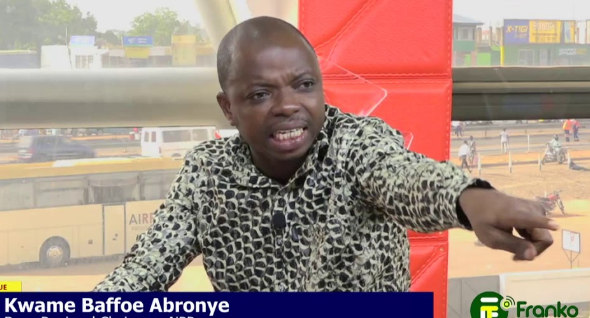 A video of Bono Regional Chairman of the New Patriotic Party, predicting killing incidents in his party, has resurfaced after the gruesome murder of Member of Parliament for Mfantseman, Ekow Kwasah.

In a video which was published on April 20, 2020, Kwame Baffoe popularly known as Abronye DC envisaged that there will be killing of some prominent members of the NPP, intended to cause insecurity, to make the ruling government unpopular.

He alleged that the National Democratic Party will be behind the planned attacks as he added that the NDC held a series of secret meetings, where they planned to carry out the killings of some prominent NPP members.

In a report by Daily Guide, Abronye is quoted to have said: “During such rallies, these NDC criminals would shoot and kill their targets in the NPP, especially when such people mount the dais to address the crowd”.

“Because the killer would be dressed in NPP colours, the news outside would be that an NPP killed his own party member at a political rally,” he continued.

When questioned on the credibility of his information by the host, he said he is a Presbyterian and will not lie to dent anybody’s image.

“This is not mere allegations, National Security I have raised my heads,” he told the host.

He, however, cautioned NPP members to be extra vigilant in their day to day activities in order not to fall prey to the NDC’s alleged agenda.

Meanwhile, the MP for Mfantseman, Ekow Kwasah, was killed while returning from a campaign trip on Friday, October 9, 2020. The incident happened on the Abeadze Dominase–Abeadze Duadzi–Mankessim road.