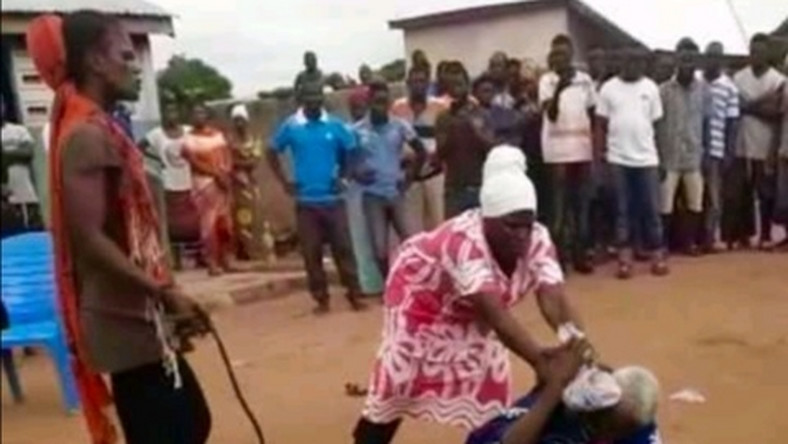 President Nana Addo Dankwa Akufo-Addo has called for a thorough investigation and arrest of all who were involved in the cruel and barbaric lynching of a 90-year-old woman accused of being a witch, in Kafaba, near Salaga.

He said he was appalled by the violence meted out to frail Akua Denteh, who was accused in an uncivilized manner of being a witch by a fetish priestess and subsequently subjected to lashes and beatings on Thursday, July 23, 2020.

According to him, the killing has “disfigured the face of our nation”.

He said he hopes “that the quick response of the police will lead to the rapid administration of justice in this unfortunate matter” and also offered some financial support to advocacy efforts in the wake of the killing.

“I will make an appropriate contribution to the Akua Denteh Foundation to express my own revulsion at the awful, tragic act that has occurred in this region,” he said.

How 90-year-old woman was lynched

A 90-year-old woman has been killed at Kafaba in the East Gonja municipality of the Savannah region.

The deceased was openly beaten to death by the soothsayer and a mob in the community.

The deceased body has since been transported to Tamale Teaching Hospital for autopsy.

Reports stated that the said soothsayer was brought into the community to allegedly cast out witchcraft.

The soothsayer allegedly mentioned the deceased as a witch.

When the deceased was informed, she denied being a witch and appealed to the soothsayer to spare her but her plea fell on deaf ears.