Prof. Opoku Agyemang must fast and pray from now and after NDC’s defeat for 12 months – Owusu Bempah 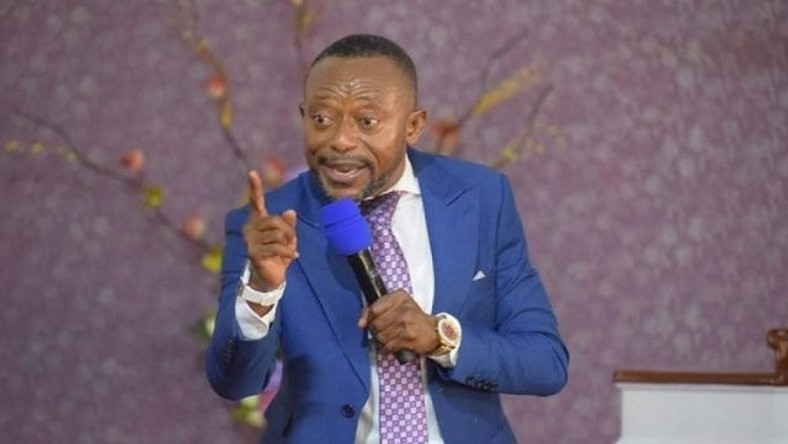 The founder and leader of the Glorious Word Power Ministries, Reverend Isaac Owusu Bempah has asked the running mate of the National Democratic Congress (NDC), Prof. Jane Naana Opoku Agyemang to fast and pray for twelve months now and after the defeat of the party in the general elections.

He said some big wigs of the NDC close to Prof Opoku-Agyemang after her appointment as the running mate called on him [Owusu Bempah] for spiritual assistance.

Owusu Bempah during his 31st December 2019 watch-night service recalled that anyone chosen to partner Mahama might die.

He revealed on Accra-based Asempa FM while reechoing his prophecy about the fate of the NDC running mate ahead of the 2020 elections.

The man of God claimed the NDC in its quest to win the elections promised a voodoo spirit [human sacrifice].

“The person the party will take as a sacrifice if it wins the elections is the running mate so the person must be very prayerful if he or she wants to live,” he opined.

Bempah added that he is not discouraging anyone interested to partner Mahama but “that person must pray at least twice a week.”

But Owusu Bempah speaking on Accra-based Okay FM clarified that his prophecy on 31st night did not mean that the chosen running mate will die automatically.

“I am not saying that if Mahama picks anyone as a running mate, the person will automatically die but if you are chosen as the running mate, you have to do well to raise prayer tower of at least 5 people to pray for you twice a week for your protection.

He emphasized that “the prayer group should start praying from now up to December 7 and after the December election, they should continue with the prayers for the next 12 months before something will move away.”