“Further consultation must be done to inform the Islam community on the need for autopsy”- Dr. Sampene advises 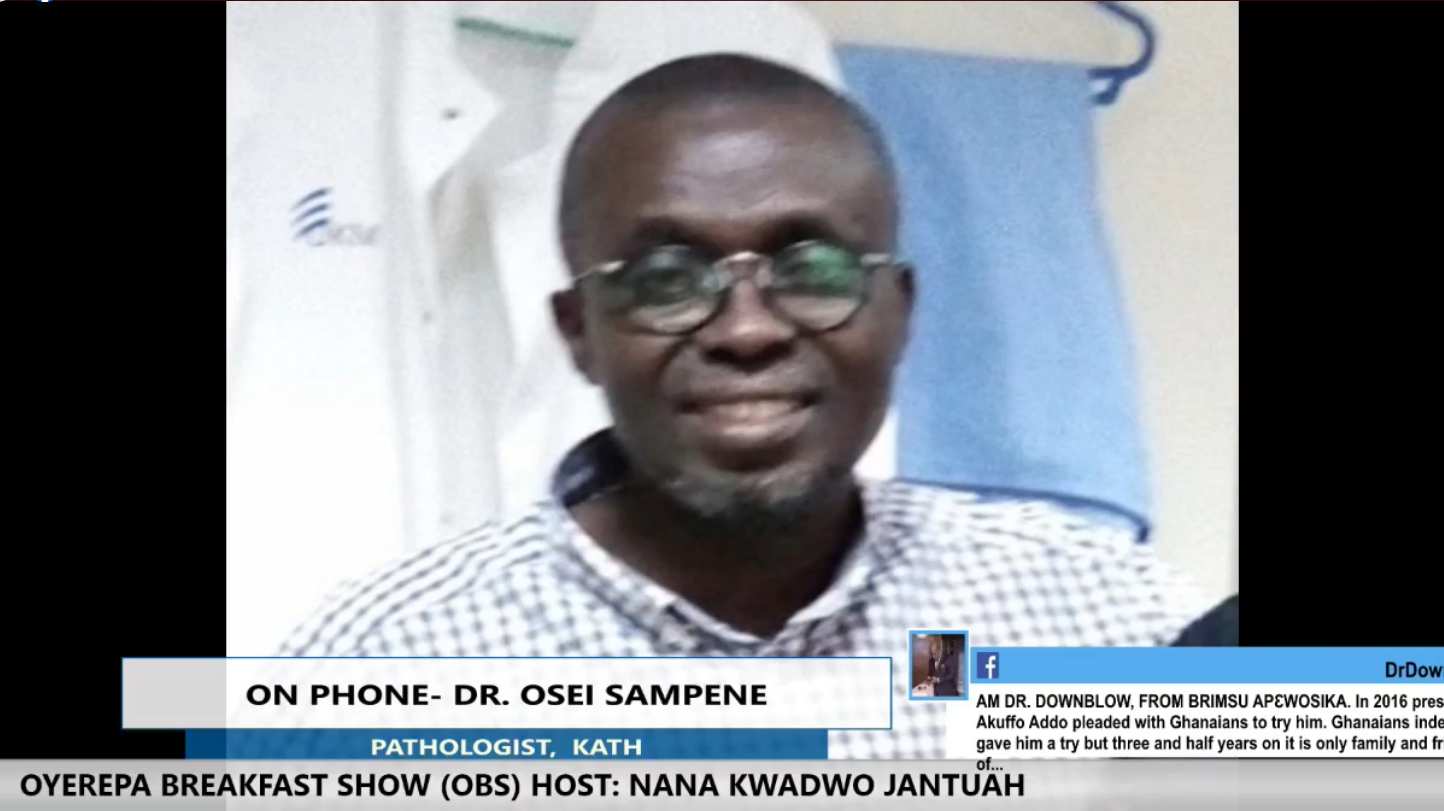 A Senior Pathologist with the Komfo Anokye Teaching Hospital, KATH, has called for further engagement with the public, especially the Muslim community, to inform them on the need for autopsy and other stuff.

According to the pathologist, there have been several situations where some members of the Muslim community were buried while they had breath.

Speaking on Oyerepa Breakfast Show with Kojo Jantuah, Dr Osei Sampene, a Pathologist confirmed to Oyerepa Fm that there are mortuaries in some Islam-dominated countries, citing Dubai.

He added that the Law and Ethics contributes to well-being of everything.

“Everyone needs a death certificate, which is a legal document to affirm that one is truly dead, ” the Pathologist stated.

He doubted former President Mahama consulting the Islamic community leaders on this issue.

He cited that there have been several instances that some members of the Muslim community have been buried alive.

Dr. Sampene called for further consultation to much inform people on Islam, Mortuary and Autopsy. He described former President Mahama’s idea of putting up mortuaries at Islamic communities as Fantastic. “Politicians shouldn’t make pronouncements of such things which go deeper than mere politics, ” he advised.

The Pathologist said, “I wish there nothing like carrying out post mortem on dead bodies, but there are legal issues which must be addressed.”

He set the record straight that it is not the truth outright Islam hates autopsy saying, “It is not always true.”