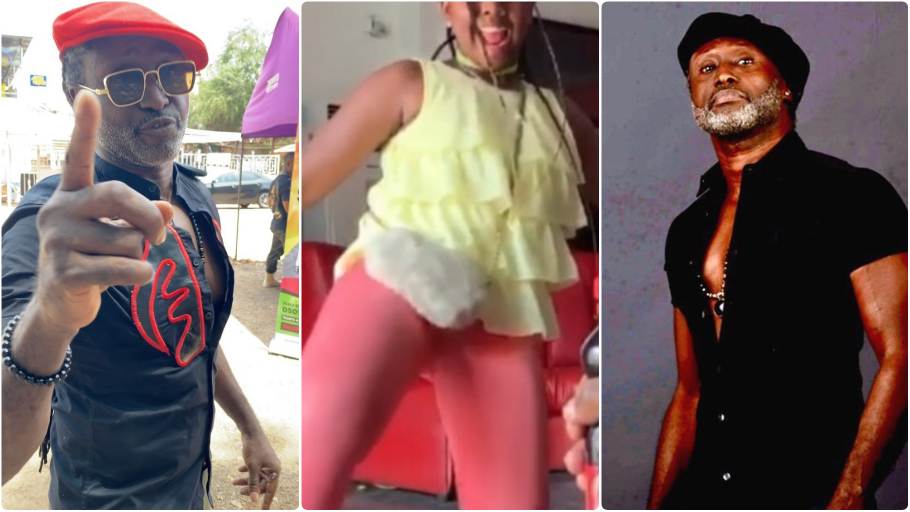 Reggie Rockstone has lost his cool over a sexual statement a fan has passed about his daughter.

According to the legendary rapper, credited for institutionalizing rap as Hip Life in Ghana, he was addressing matters emanating from his back and forth with Shatta Wale on Hitz FM, and noticed that a fan listening to his interview passed a sexually harassing statement about his daughter.

“You got the wrong Dude, Your f**king with the wrong guy. You ever f**king mention my kids and I’ll find you, catch you and cut your head off. All that social media beef that’s not it, you are a f**king paedophile. What kind of man comes on Twitter and say some bullsh*t. You talk about ganging raping my six-year-old daughter, f**k you three times,” the 55-year-old said.

In a video seen by pulse.com.gh, furious Reggie Rockstone shared a picture of the guy with a screenshot of his comment, asking fans to help him locate the guy.

He added that he believes the guy has been engaging in similar sex crimes and must be arrested.

Reggie Rockstone’s little daughter appeared in his previous video when he was addressing comments Shatta Wale made about him that he hasn’t made any impact with his music.

He asked his daughter to say hello to Shatta and the little girl shoved off his request. He later explained that his daughter is a Stonebwoy fan, unlike her mother who is crazy about Shatta Wale.