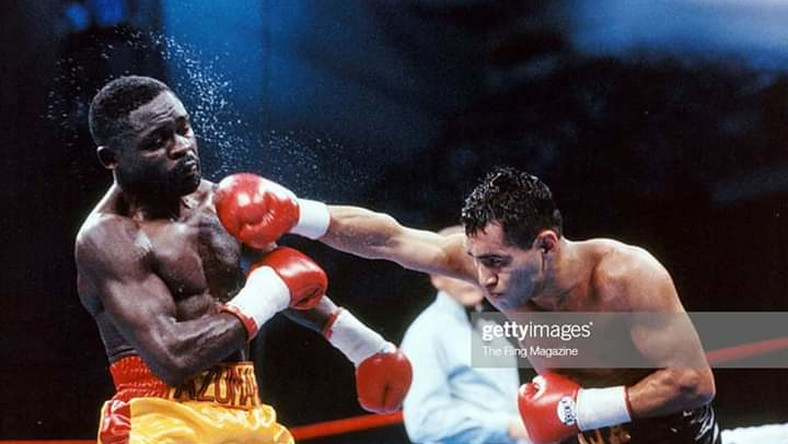 On 7th May 1994, Azumah Nelson suffered a defeat in the hands of American Jesse James Leija.

He knocked down Azumah before he went on to beat him by unanimous decision and claimed the World Boxing Council super featherweight championship in the USA.

READ MORE:There are so many things seriously affecting the local industry,” – Mr. Nyamekye(A. G. I.)

Nelson looked promising after he opened a cut in the corner of Leija’s left eye in the fourth round, but the American recovered from it and managed to overcome the test from the champion.

Azumah Nelson who was ageing was knocked down and his opponent dominated him by throwing punches at him and also did his defences well by blocking the return fire from the Ghanaian.

Azumah Nelson at a point was frustrated by Leija and was even deducted points for throwing below punches.

By then, Azumah Nelson was 35 years old with rich experience in the sport as he had held the crown for a solid decade. His contender, Leija, was only 27 at the time, won by scores of 117-109, 117-110 and 114-113 on the three judge’s scorecards after having a draw with the superstar just eight months earlier.