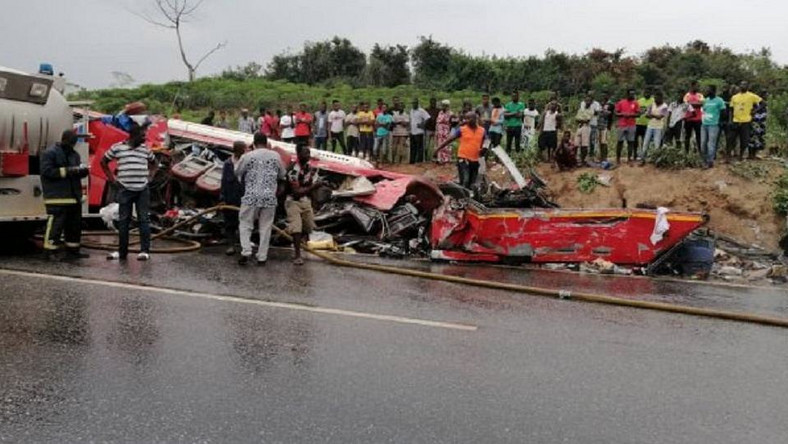 The surviving driver in a gory accident that claimed 34 lives has been sentenced to one year in prison.

Appearing before a Cape Coast Circuit Court on Monday, Mark Mireku was found guilty on 34 counts of dangerous driving.

The said accident happened at Dompoase on the Cape Coast-Takoradi Highway when the convict’s Hyundai car collided with a Man Diesel bus.

Mark is said to have attempted to overtake another vehicle, leading to the accident which killed many and left others injured.

Among the lost lives were 20 male adults, 11 female adults and three children, while 54 other sustained various degrees of injuries.

The Daily Graphic reports that, aside from being handed a one-year jail sentence, the court banned the convict from commercial driving for life.

Mark was also fined GH¢17,280 or in default serve an additional 12 years in prison on 18 counts of negligently causing harm.