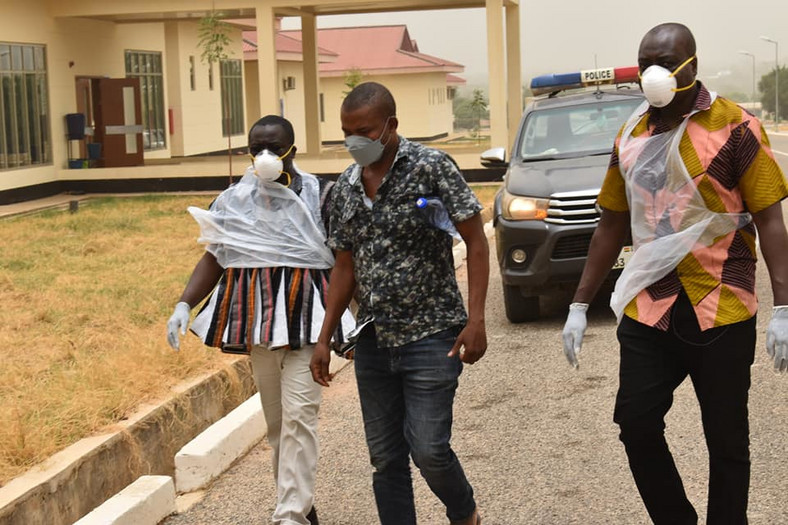 A 46-year-old Nigerian man identified as Simon Okafor Chukudi, who is said to be on the run after testing positive for Coronavirus in the country has been found.

Chukudi has however been found at a hideout in Wa where he was seeking asylum with some friends.

The patient disappeared from his residence at Wapaani, a suburb of Wa after hearing his test results of COVID-19. The police have since been searching everywhere for him until he was found this afternoon April 17, 2020.

The Upper West Regional Police Commander DCOP Aboagye Nyarko, he was intercepted at his hideout through an informant.

Okafor was part of the six new cases the Upper West Region recorded on April 12, 2020, which pushed the total to confirm cases to seven. Out of the six new cases, five were imported and the other one travelled from Western Region to Upper West. All six confirmed cases have been in the region for more than three weeks.

He was Chukudi tested positive for Coronavirus on Monday, April 13, 2020, but has since disappeared from his residence at Wapaani, a suburb of the regional capital, Wa after health authorities informed him about his status.

A Health Service official, Dr. Osei Kufuor Afreh, who confirmed the incident said the Nigerian is one of the region’s imported COVID-19 cases.

He said “Five out of the new cases were people who came from abroad, including one Nigerian and one person from the Western region. But unfortunately for us, one of our confirmed cases cannot be traced. Having given him feedback on his test results, it has been very difficult to reach him.”