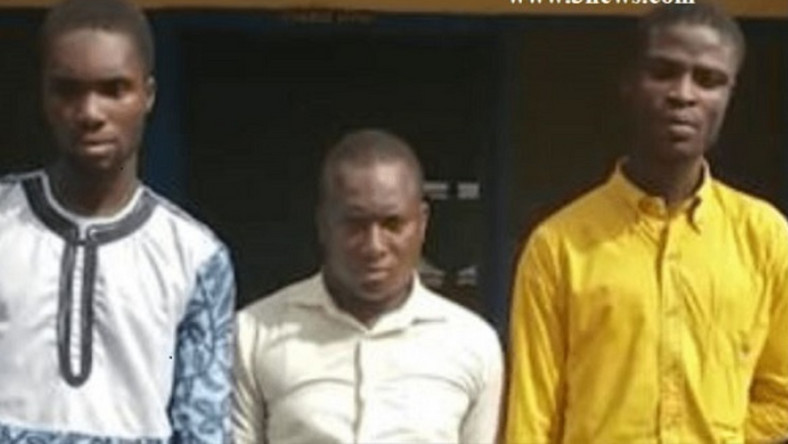 A district court in Ho has sentenced a pastor and two of his church worker to 4 years in prison for defying directives against public gatherings.

Apostle Sampson Agakpe who is the founder of the Church of Pure Christ in the Volta Region was arrested on April 12 together with his assistant pastor, Maxwell Dzogoedzikpe and church secretary, Samuel Agakpe.

The pastor was said to have held church service at Tongor-Abui in the South Dayi district last Sunday for more than 50 people in clear breach of the ban on religious gathering contrary to Regulation 1 sub-section 1 of EI 65 and section 6 of Act 1012.

The three arrested pleaded guilty to the charges of failing to comply with the ban and put before the Kpando Circuit Court, and accordingly fined 13,200 cedis each or in default serve four-year jail term each.

READ MORE: Ghana is the country which has tested more than any other country.

As at Thursday, April 16, they had failed to pay the fine totalling 39,600 cedis, forcing authorities to send them to the Ho Central Prion to serve the four-year jail term.

Prosecution told the court that on April 12, the police had information that Apostle Agakpe, was having a church service at the church premises at Tongor-Abui in the South Dayi district assembly.

The police proceeded to the scene and met the apostle preaching to a congregation of over 50 “in flagrant disregard of the president of the Republic of Ghana’s imposed restrictions on public gathering including religious activities in churches”, the court heard.