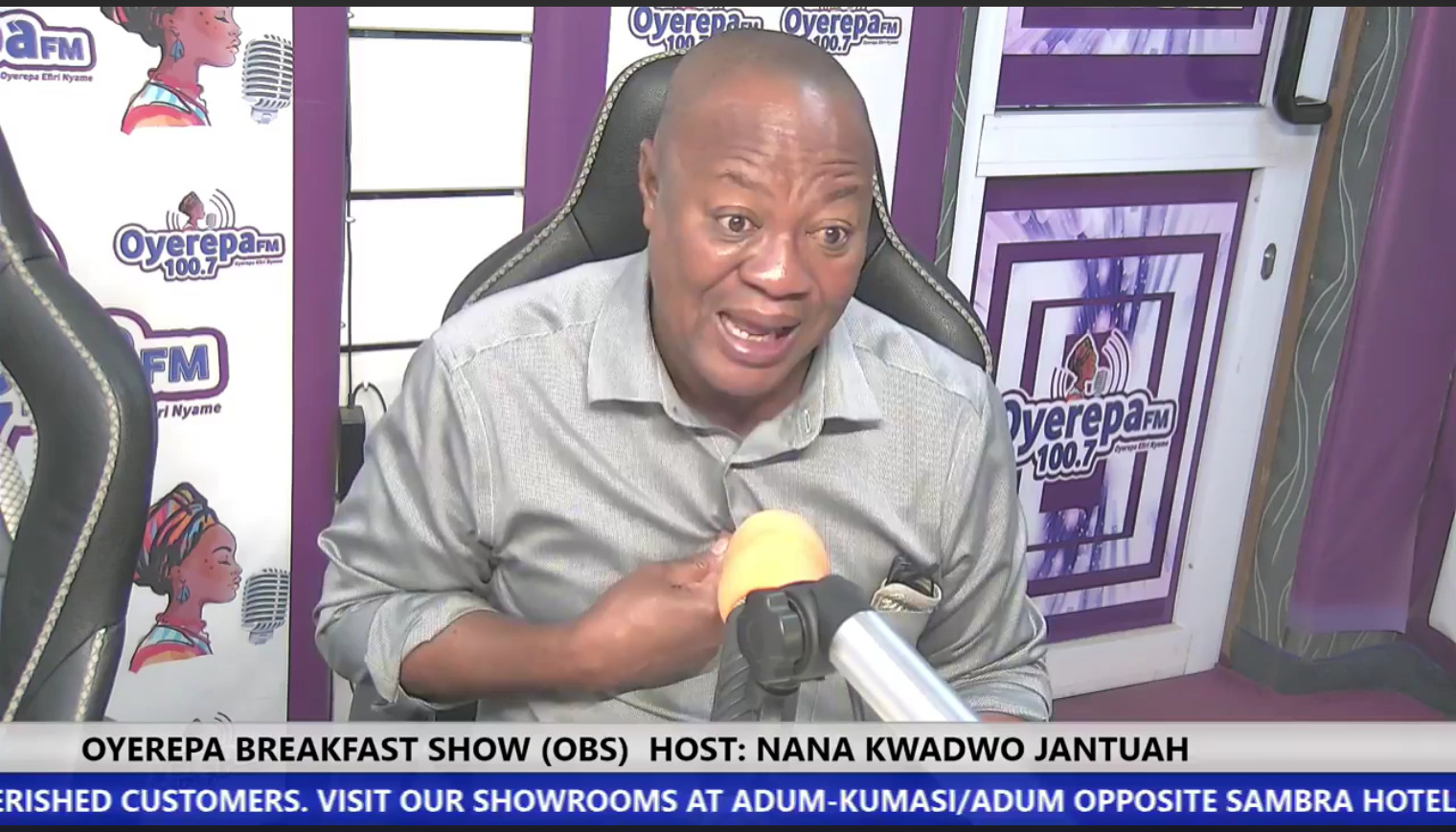 The President’s call for a second look at the health sector and matters arising has opened the Pandora’s box on what has led to our lag behind.

As stated by the Ashanti regional secretary of the ruling New Patriotic Party (N. P. P.), our health predicaments are as a result of the Nationa Democratic Congress’ (N. D. C’s) misappropriation of state monies meant to improve the sector.

Speaking with Nana Jantuah on Oyerepa Breakfast Show, Mr. Samuel Pyne, firstly commended the creative ideas of some Ghanaians in making nose masks but advised that they should do it well.

He mentioned that Ghana have gotten to a point on analysing the way forward while commending the country for it been ranked 6th in the fight against Coronavirus Pandemic.

The Regional Secretary quizzed the number of health facilities the opposition N.D. C. could complete after former President Kufuor’s era, lamenting on alleged misappropriated monies for the Legon Hospital by the NDC, claiming it used that monies to conduct research on the improvement of the Health situation of the country. He stated, “The NDC couldn’t account for $29 million which was to be used for improving facilities at the Kumasi Airport… the evidence to support a case against them is not available.”

READ MORE: “Lifting the ban on social gatherings would be step by step to ensure the disease is well-controlled” – Christain Council

He commended the President’s call for much attention to be paid to and health facilities improved.

He lamented some government officials not truthful to the state as the reason behind Ghana lagging behind. He said that people who embezzle funds are not prosecuted by rather protected, hence people take advantage to embezzle state funds.

Mr. Payne again called on the media to help in the fight against COVID-19 and matter arising, while refuting the claim that government officials do not deny the former of relevant information to issues saying, “The media sometimes do not crosscheck to come up with facts on the ground on some issues but rather chose to put forward falsehood.”

He advised that the social protocols be adhered to. “No one is denying you of your daily bread… do get down if a trotro driver feels reluctant to adhere to the laid down measure(s) on transport by government.” The Ashanti Regional Secretary of the NPP added that again counselled, “Everyone should do away with fear. We should observe the precautionary measures to be safe.”

He disproved stories which are circulating on various portals that the NPP is out with its list of aspirants for Parliamentary seats in the Ashanti region, ahead of their yet-to-be held congress.