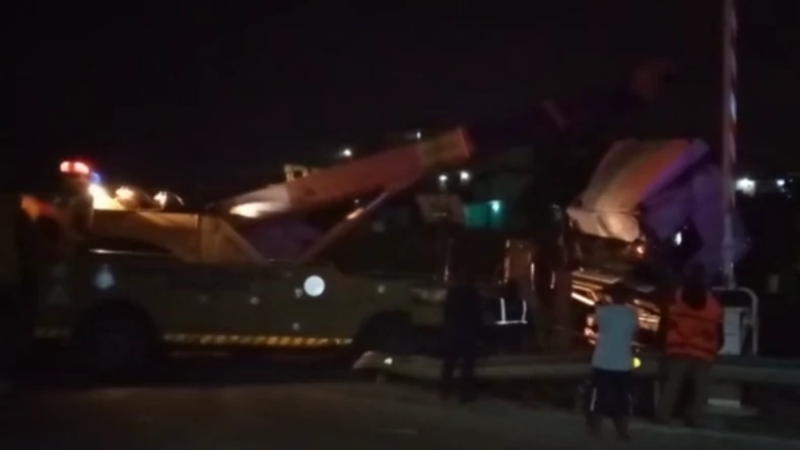 A moving train on Tuesday crashed into an articulated truck on the Nkotompo-Essam Beach Road in Takoradi in the Western region.

The incident caused huge traffic in the area for several hours, after the head of the truck was completely destroyed.

An eyewitness said a Takoradi-bound truck coming in from Sekondi rushed to cross the rail lines despite a train approaching.

Unable to cross over in time, the moving train rammed into the head of the articulated truck.

The driver of the vehicle was, however, fortunate to escape unscathed after jumping out before the accident.

Joy News reports that the accident may have been caused by poor visibility and the absence of a train traffic signal.

Several gory accidents have been recorded across the country in the last three weeks, claiming many lives.

The latest was an accident involving a juvenile football team at Offinso which claimed six lives and leftover 30 kids injured.