I’m content with the money I earn from my sweat – Asante Akyem North D.C.E debunks rumours of common funds embezzling. 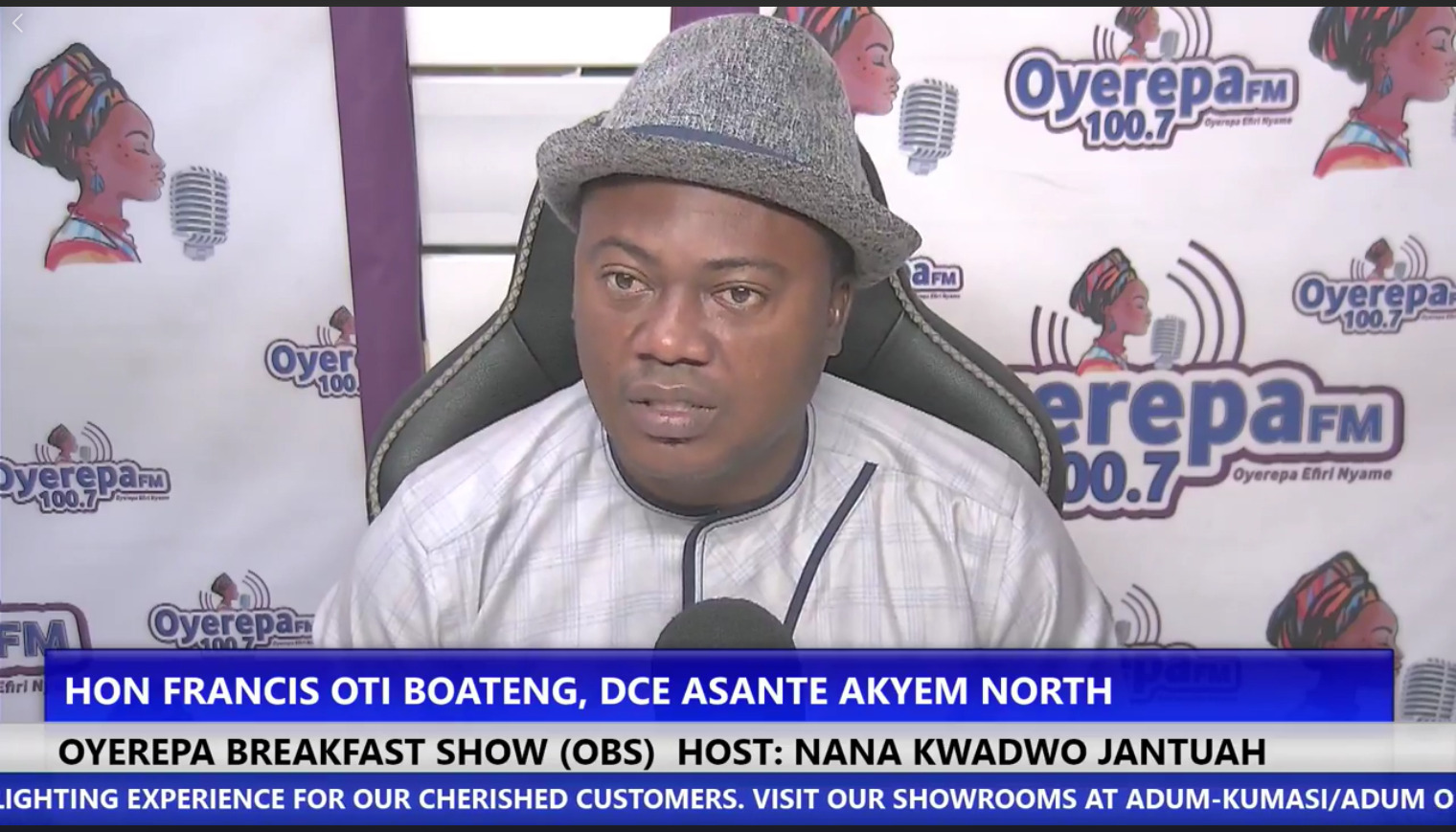 Mentioning some of the projects, the Honourable DCE said, “We now have a warehouse, which accommodates 10,000 metric tonnes of products, bore wholes with toilet facility, all three (3) Senior High Schools having ICT Laboratory, Single storey building at Agogo State College, of which some of the schools may be alleviated from the double-track system. Some of our projects have been completed, while others are ongoing.”

He mentioned Sanitation as another challenge he is faced with in Asante Alyem North, saying, “It may be due to we having about three(3) DCEs in NDC’s eight(8) years… we not having a DCE one and for all led to these lapses.”

On the $200,000 which would be awarded in June, he stated that it has been placed in an account at the bank and that it would be constructed in six(6) months.

Mr. Oti Boateng debunked rumours of the embezzling common funds, saying, “I’m content with the money I earn from my sweat/ labour… the demand and expectation are high, but considering the honour at the end of the day, one has to be firm and pursue the best.”