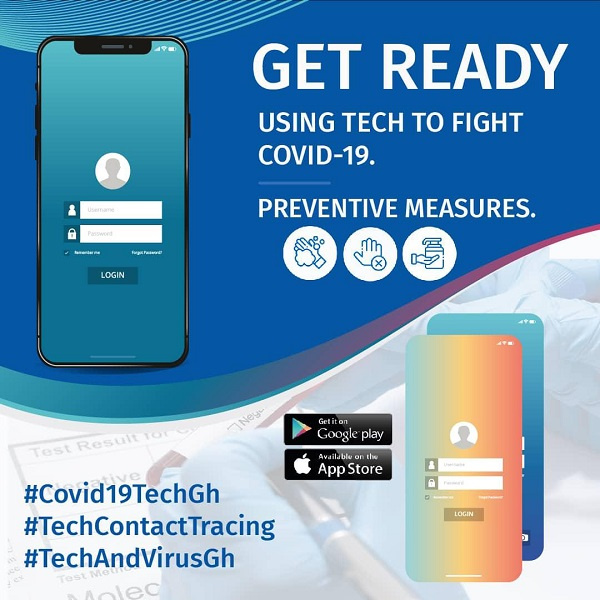 As part of efforts arrayed to combat the fast spreading of the global pandemic, Novel Coronavirus (COVID-19), the Government of the 4th Republic of Ghana, in collaboration with a group of Technology experts has announced that it will, on Monday, April 13, 2020, launch a computer/mobile program or software application.

The user friendly and free to download mobile software application which will be available for Android and iOS devices after its launch is originally intended for productivity assistance which will augment the state’s efforts in the fight against the global pandemic. According to the experts, the software will trace anyone who has come into contacts with persons carrying the COVID -19 virus.

However, at the launch, the experts will also train people to find their way around the App and give an insight of who can use the App.

A total of 161 cases were reported from the routine surveillance, 37 from enhanced surveillance activities and those from travelers under mandatory quarantine in both Accra and Tamale are 115. Enhanced contact tracing and testing is ongoing in Ghana and has resulted in an increased number of confirmed COVID-19 cases.

The period for mandatory quarantine for travelers who arrived 21-22 March 2020 has ended. In all, a total of 1,030 travelers were quarantined during the period. Out of these, 79 (7.7%) were positive during the initial testing whilst 951 were negative. Twenty-six (26) among those that were initially negative were found to have converted to be positive at the exit screening, bringing to a total of 105 which constitutes 10.2% among the travelers that were quarantined.

With regards to enhanced contact tracing and testing, as at 7th April 2020, a total of 11,016 samples from contacts have been processed and 37 (0.34%) have been confirmed positive for COVID-19.