Floyd’s brother to address UN debate on US ‘systemic racism’ 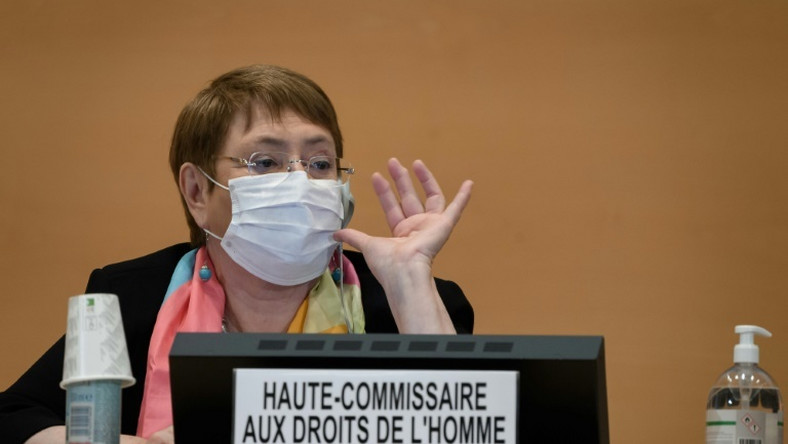 George Floyd’s brother was expected to speak before the UN Human Rights Council on Wednesday as it holds an urgent debate on “systemic racism” in the United States and beyond.

African countries are pushing for the Michelle Bachelet, the United Nations High Commissioner for Human Rights, to investigate racism and police civil liberties violations against people of African descent in the United States.

Floyd, a 46-year-old black man, died in Minneapolis on May 25 after a white police officer — since charged with murder — pressed his knee on Floyd’s neck for nearly nine minutes.

Amateur video of the incident sparked demonstrations and calls to address systemic racism in the United States and around the world.

Floyd’s brother Philonise is due to address the council via video-link.

Last week he made an emotional plea to the US Congress to “stop the pain” and pass reforms that make officers accountable for brutality.

On Tuesday, US President Donald Trump issued an order to improve policing, calling for a ban on dangerous choke holds — except if an officer’s life is at risk.

However his executive order stopped well short of demands made at nationwide protests against racism and police brutality.

The draft resolution being debated in Geneva, introduced by the 54 African countries, condemns ongoing “racial discrimination and violent practices perpetrated by law enforcement agencies against Africans and of people of African descent and structural racism endemic to the criminal justice system in the United States” and elsewhere.

But it has been heavily watered down after stark opposition from the US and some of its allies to an initial text presented on Tuesday.

The new draft dropped an earlier demand for the establishment of an independent international commission of inquiry — one of the UN’s highest-level probes, generally reserved for major crises like the Syrian conflict.

Instead it now calls on Bachelet and UN rights experts to “establish the facts and circumstances relating to the systemic racism, alleged violations of international human rights law and abuses against Africans and people of African descent” by law enforcement in the US and beyond — especially those incidents that resulted in deaths.

The aim, it said, was “to ensure the accountability of perpetrators and redress for victims”.

Andrew Bremberg, the US ambassador to the UN in Geneva, said his country was transparent in its commitment to addressing racial discrimination and injustice, citing Trump’s executive order.

“As the world’s leading advocate for human rights, we call upon all governments to demonstrate the same level of transparency and accountability that the US and our democratic partners practice,” he said.

“Sadly, there are too many places in the world where governments commit grave violations of human rights and practice systematic racial discrimination while many of those assembled in Geneva are silent.”

Trump’s executive order encourages de-escalation training, better recruitment, sharing of data on police who have bad records, and money to support police in complicated duties related to people with mental or drug issues.

“We have to break old patterns of failure,” he said.

Trump said he would use access to federal funding grants as leverage to persuade departments “to adopt the highest professional standards.”

US policing is mostly run at state and local level.

“We owe it to George Floyd and to all victims of racial discrimination and police brutality to dismantle racist institutions,” they wrote.

“It is time for the United Nations to step up and act decisively.”

The UN Human Rights Council’s 47 members are due to vote on the resolution following the urgent debate, which was set to begin Wednesday and conclude Thursday.

The Trump administration withdrew the United States from the council two years ago.

Wednesday will mark only the fifth time in the council’s 14-year history that it has agreed to hold an “urgent debate”, which is like a special session, but within a regular session of the council.