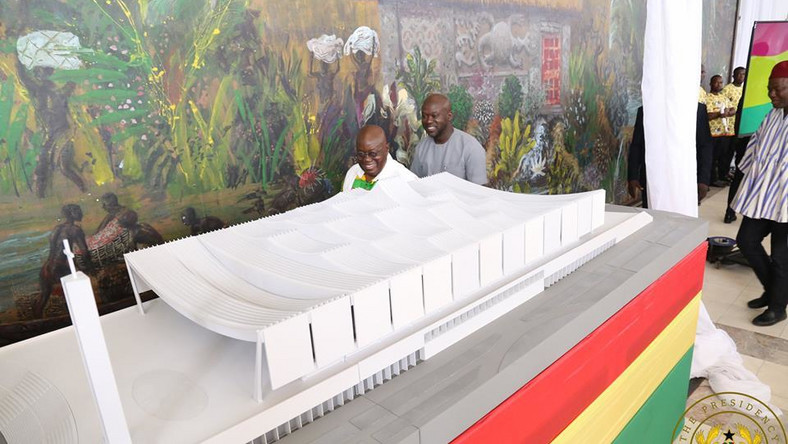 Construction work on the interdenominational National Cathedral at Ridge in Accra has come to a halt months after President Nana Addo Dankwa Akufo-Addo laid the foundation stone brought from Jerusalem, Israel, for the commencement of the project.

The National Cathedral which will be constructed will house chapels and baptistery, a 5,000-seater main auditorium which will be expandable to a 15,000-seating capacity for national events and celebrations.

In March 2020, President Nana Addo Dankwa Akufo-Addo laid the foundation stone for the commencement of work on the much-talked-about building of the National Cathedral.

But after four months when the President cut the sod for work to start on the National Cathedral, very little had taken place since March when activities were halted.

According to reports, security men were deployed to guard the area and there was no worker on the site.

There was also no equipment on site even as most of the structures on the land had been demolished. The buildings that were still standing had had their roofs stripped off and doors and windows removed, reports stated.

A security guard who only gave his name as Sammy said work was halted during the partial lockdown to curb the spread of COVID-19 adding that and all the workers were sent home.

“Work was stopped due to the movement restrictions and all the workers who were here went back to their respective bases.

He said doesn’t know when work would resume on the project.

“I don’t know when they are resuming work and I can’t tell what is causing the delay. Previously, a few of the workers could be seen on the site but for some time now, they have all moved out completely,” he said.