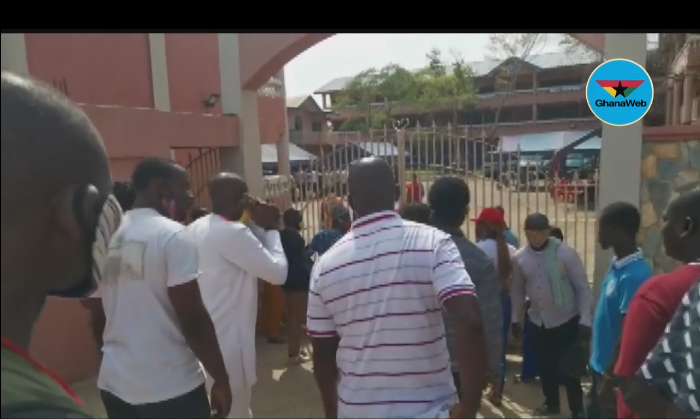 Voting at the Amanfrom polling centre in the Bortiano Engleshi Amanfrom constituency was halted for some minutes after a near scuffle broke out over attempts by supporters of one of the candidates to cast proxy votes.

Supporters of the competing candidates refused to allow this to happen as the rules, according to them, stated that there would be no proxy votes in the election.

A delegate who spoke to GhanaWeb on the basis of anonymity alleged that the people who attempted to cast the proxy votes were supporters of the incumbent MP, Habib Saad.

EC officials had a difficult time calming tempers as neither of the factions involved was ready to back out.

The security personnel on the ground were, however, able to bring the situation under control by sending away the people who attempted to cast the proxy votes.

Habib Saad is facing competition from four other candidates for the seat. They are Sly Tetteh, Fredrick Abban, Goe Addo Osei Ware and Gifty Mensah.

530 are expected to cast their votes by close of polls in 6 electoral areas in the constituency.