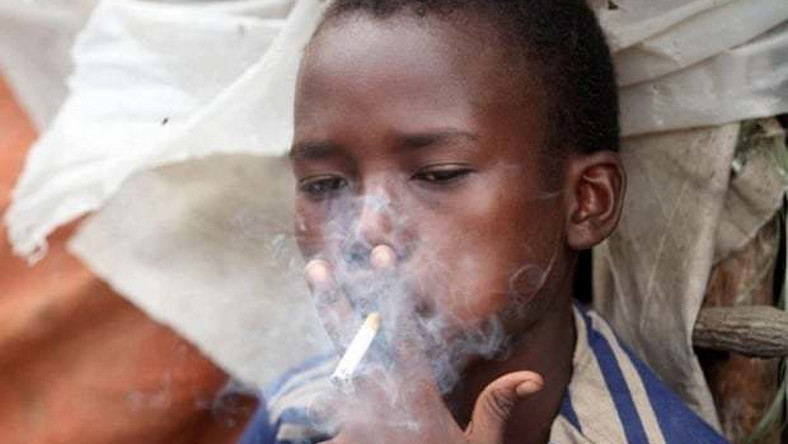 More than 5,000 children between the ages of 10-14 years and 80,4000 adults who are 15-years-old continue to use tobacco each day, the Vision for Alternative Development (VALD), a Civil Society Organisation has said.

Complacency in the face of the tobacco epidemic insulates the tobacco industry in Ghana and ensures that tobacco’s death toll will grow every year.

In a press release signed by Labram M Musa Programmes Director for VALD to mark this year’s World No-Tobacco Day on Sunday, 31 May 2020, it said tobacco was a leading preventable cause of death, and nearly eighty per cent of the more than one billion smokers worldwide lived in low and middle-income countries like Ghana, where the burden of tobacco-related illness and death was heaviest.

It stated that Ghana is yet to effectively implement and enforce provisions of the laws that protect and expose children and the youth from cigarettes and other forms of tobacco products such as shisha and called on the government to ban it, increase the taxes on tobacco and effectively implement and enforce the provisions of the tobacco control measures that protect children from exposure and use of cigarettes.

Below is the full statement:

Tobacco is still targeted at children – enforce the tobacco control laws NOW to protect the youth from the harm associated with it.

Every year the world observes World No Tobacco Day on May 31.

The day serves as an opportunity to raise awareness about the harmful and deadly effects of tobacco use and second-hand smoke exposure and to discourage the use of tobacco in any form.

The theme for this year’s World No Tobacco Day 2020 is “Protecting youth from industry manipulation and preventing them from tobacco and nicotine use”.

The campaign seeks to debunk myths and expose devious tactics employed by the tobacco industry and their allies.

It also aimed at providing young people with the knowledge required to easily detect industry manipulation and equip them with the tools to rebuff such tactics, thereby empowering young people to stand up against them.

Despite being a party to the World Health Organisation Framework on Tobacco Control (WHO FCTC) and effectively passing and adopting a tobacco control law within the Public Health Act, 2012 and Tobacco Control Regulations, 2016 (L.I.2247), Ghana is yet to effectively implement and enforce provisions of the laws that protect and expose children and the youth from cigarettes and other forms of tobacco products such as shisha/water pipe, etc.

It was evident when the Vision for Alternative Development (VALD) in 2016, together with10 other civil society organizations in Africa undertook research dubbed, “sale of single stick cigarette in Africa”, that single sticks are readily available, sold and consumed by children, including selling of cigarettes to and by minors. Exacerbating the problem is tobacco advertising that is usually present where single sticks are sold given the absence of comprehensive tobacco advertising bans (ATCA).

Again, findings from the Tobacco atlas revealed that more than 5,000 children within the ages of 10-14 years continue to use tobacco in Ghana.

Furthermore, the Ghana 2017 Global Youth Tobacco Survey in Junior High Schools shows that 8.9% of boys and 8.2% of girls currently use any form of tobacco products.

This situation is very scary and unfortunate especially because, since 2012

Ghana passed its tobacco control law to protect children from exposure to tobacco.

The average shisha-smoking session lasts an hour equivalent smoking to100-200 sticks of cigarettes, but the youth are oblivious of the harmful and its deadly effects.

We can’t comprehend why a known killer product is sold so cheaply on the Ghanaian and many African markets are not attracting tax increment to make them expensive and unattractive to the poor and young people who are the primary target.

Meanwhile elsewhere, like New Zealand and other developed countries, cigarette costs the smoker up to USD20 per pack, making them very expensive and protecting children and people with low-income levels.

Research shows that tax increment on tobacco products discourages smoking and initiation, especially among the Youth thereby reducing the burden of diseases such as cancers, heart and lung diseases, and Poverty levels.

Despite persistent public education campaigns, tobacco use including shisha smoking is still The leading cause of preventable diseases and premature death from cardiovascular, lung, and respiratory diseases.

The heavy financial and social burden on the economic health of Ghanaians.

It is important for governments and policymakers to know that the tobacco industry has clearly stated that they have found a new market in Africa to sell their deadly products.

According to British American Tobacco (BAT) Chairman Barry Bramley “Africa is also Projected to continue growing…BAT is strongly placed to take advantage of the growth in These markets.”

Troubling is the advent of COVID-19 and evidence confirms that tobacco smoking increases The risk of contracting the virus due to the destruction it has on the health of the human immune system including being one of the main risk factors for a number of chronic diseases, including cancer, lung diseases, and cardiovascular diseases, etc. and non-communicable diseases.

Despite evidence about the ill connection between COVID-19 and tobacco, the tobacco industry continues to market its products and even threatens action against countries that have placed a ban on cigarettes.

In conclusion, the Vision for Alternative Development by this press release strongly recommends the following: