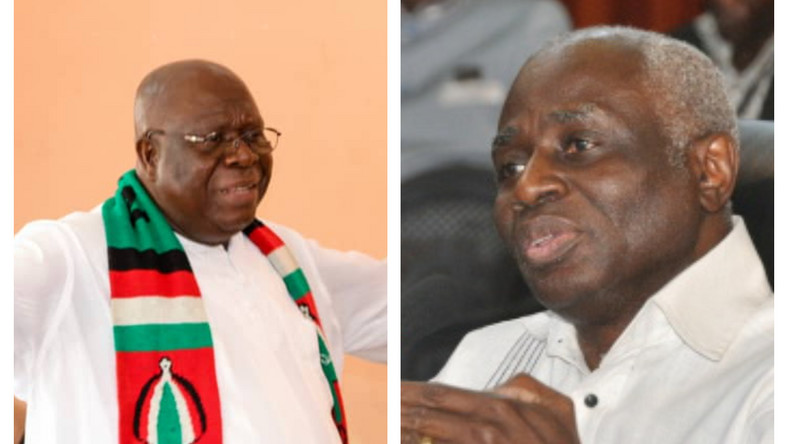 Corruption in Ghana has been common since independence.

There is a growing perception in Ghana that government-related corruption is on the rise.

Even though corruption in Ghana is relatively low when compared to other countries in Africa, businesses frequently quote corruption as an obstacle for doing business in the country.

Ghanaians have been occupied in recent weeks by the trial of former government appointees.

Under the administration of former President John Agyekum Kufour, many former government appointees were trailed and jailed on charges of corruption.

Though most of the jailed appointees belong to the opposition, that record of successfully prosecuting corrupt public officials stands unmatched.

Here are 10 previous government appointees that were jailed by the NPP for causing financial loss to the state.

1. Tsatsu Tsikata: Legal luminary and former Ghana National Petroleum Corporation, Tsatsu Tsikata was jailed in 2008 for 5 r causing financial loss to the state. He was said to have intentionally misapplied GH¢2,000 (20 million old cedis) to acquire shares in Valley Farms. Tsatsu was pardoned by President Kufuor before he exited the office.

2. Mallam Issa: The People’s National Convention (PNC) member and former Minister of Youth and Sports were jailed in 2003 when monies that were in his car got missing mysteriously during a Black Stars World Cup Qualifier against Sudan in 2002. The money was $46,000.

3. Dan Abodakpi: In 2007, former Member of Parliament for Keta, Dan Abodakpi was jailed 10 years. sentenced him on three counts of conspiracy, two counts of defrauding, and two counts of willfully causing financial loss of $400,000 to the State.

4. Victor Selormey: The late Victor Selormey was a more former deputy Minister of Finance and was accused of conspiring with the then Minister of Trade and Industry, Dan Abodakpi to divert funds of $400,000 meant for a project. But he was sentenced in 2001 for his involvement in the Quality Grain Scandal.

Selormey, who was convicted on all the six counts of defrauding by false pretense, conspiracy, and causing financial loss to the state arrived at the Nsawam Medium Prisons at exactly 4 pm amidst tight security.

5. Kwame Peprah: An Accra High Court sentenced former Finance Minister Kwame Peprah to 4 years in prison in 2003 for his role in the Quality Grain scandal. charged with conspiracy and causing financial loss of 20 million dollars to the State in a rice project at Aveyime in the Volta Region.

6. Abuga Pele: A former National Coordinator of the defunct Ghana Youth Employment and Entrepreneurial Development Agency (GYEEDA), Abuga Pele was convicted in February 2018 and charged with a six-year jail term for willfully causing a loss of GH¢4.1 million to the state of Ghana.

The court also found Pele guilty of acting in a manner that resulted in the loss of the amount to the state.

The former MP was slapped with a lower sentence because the court held that there “was no evidence that he benefited from the proceeds of the crime.”National Communications Authority (NCA) was sentenced to five years imprisonment.

He was jailed for his role in a “clandestine” purchase of US$4million cybersecurity equipment.

Baffoe-Bonnie received more years because the court held that he personally benefited from the deal to a tune of $200,000.

The three were found guilty of indulging in acts that led the State to lose the amount in a deal purchase of a cybersecurity surveillance equipment, known as the Pegasus machine, for the National Security Council Secretariat (NSCS), which was sponsored by the NCA.

10. Philip Assibit: Philip Akpeena Assibit, a representative of the Goodwill International Group was jailed to 12 years imprisonment after he was found guilty of causing financial loss to the state.

Assibit will serve 3 years for dishonestly causing financial loss to the state and 12 years for defrauding by false pretense.

The conviction follows 4 years of a legal battle at the High Court, where state prosecutors and defense lawyers for the accused put forward evidence to advance their claims.

Assibit was jailed together with Abuga Pele. The two men were alleged to have connived to defraud the state of some ¢4.1 million but they had pleaded not guilty to the charges leveled against them.