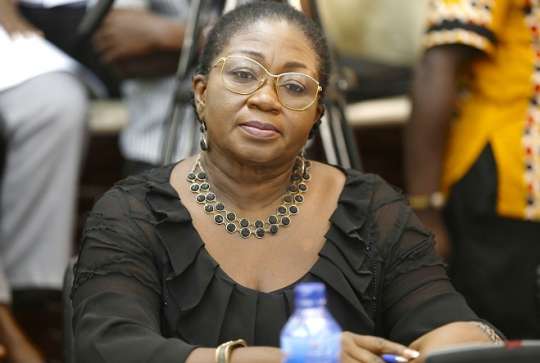 Interesting times await Ghanaian voters from now as many contesting candidates seek to campaign ahead of the 2020 General Elections, of which independent candidates are synonymous to.

One of the constituencies whose outcome would interest many come December 7, 2020 is the Asokwa Constituency, of which a keen figure will be Mrs. Patricia Appiagyei, the incumbent Member of Parliament on the ticket of the New Patriotic Party (N. P. P.) who Elder Divine Osei Mintah, an independent Candidate looking forward to contesting the Asokwa Constituency Parliament seat, has described as ‘Non-performing’.

Speaking with Nana Kojo Jantuah on Oyerepa FM, Elder Osei Mintah recalled and stated that the foundation had already been laid for the incumbent Honourable MP, so she should have done a lot for Asokwa constituency with regards to Roads.

“Most of the Road networks in the constituency are in bad state… the story would have been different had she concentrated on them, ” the independent Candidate bemoaned.

He also lamented on the incumbent MP not doing enough to help the Youth in the Constituency, therefore address unemployment issues within and a couple of salient issues affecting the constituency.

On his promises, Elder Osei Mintah stated his intention to build a College of Health School for the Constituency.

“I will build a Nursing Training for Asokwa Constituency when given the nod to represent them in Parliament, ” he promised.

He touched on laising with the fifteen (15) industries within the Constituency to generate much revenue to support.

The independent Candidate described Mrs. Patricia Appiagyei as ‘Non-performing’, due to her inability to do exceedingly for Asokwa constituency, considering the foundation and resources at her disposal.

Elder Divine Osei Mintah advised that Asokwa should capitalize on industries within the Constituency to develop.