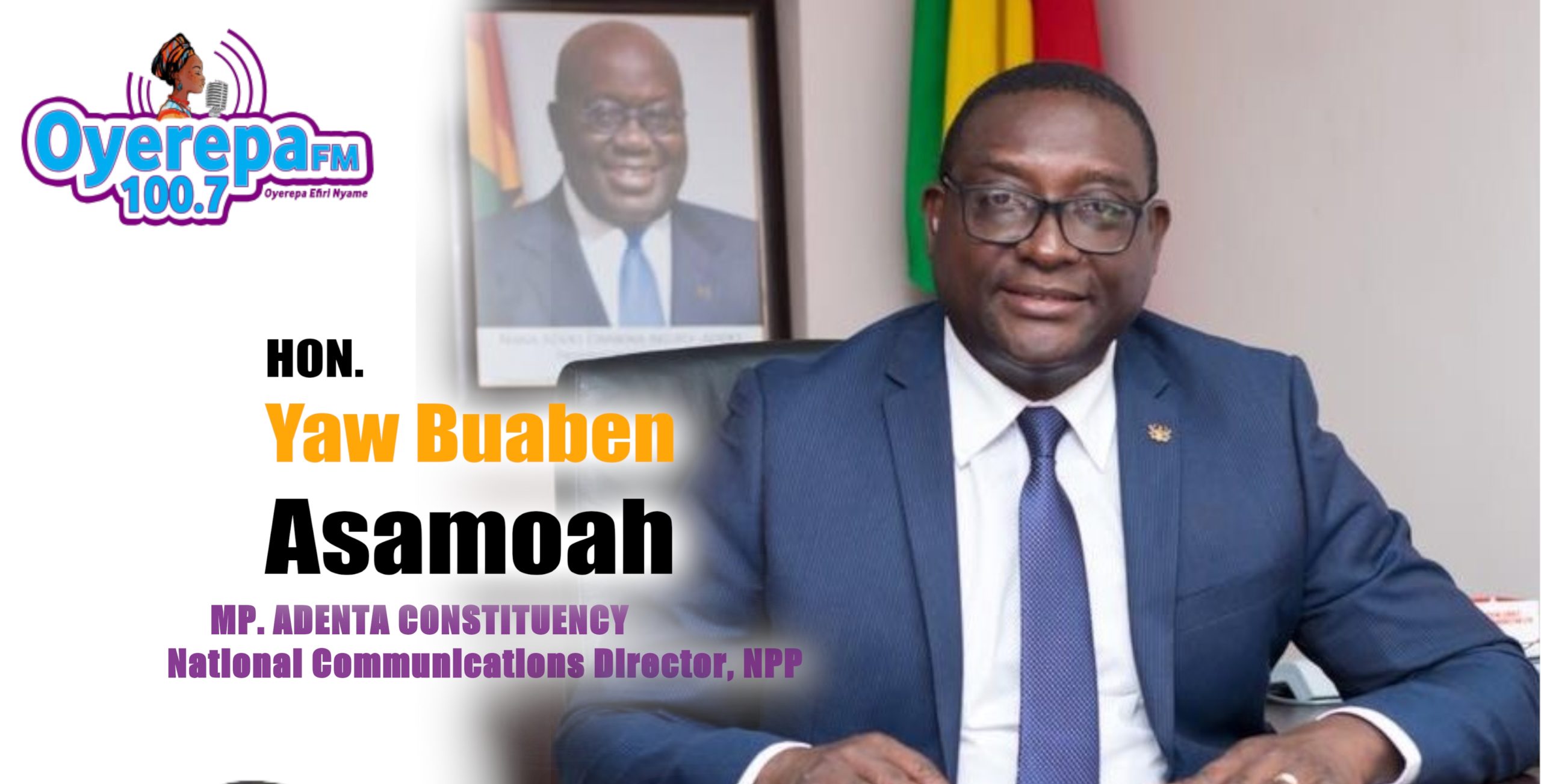 The Member of Parliament for Adenta constituency in the Greater Accra Region, Lawyer Baubeng Asamoah has called on Ghanaians to disregard propaganda being initiated by the General Secretary of the National Democratic Congress (NDC); Mr. Johnson Asiedu Nketia to dent the image of the NPP government.

General Secretary of the NDC, Johnson Asiedu Nketia, has alleged that the government of Nana Addo Dankwa Akufo-Addo is distributing over 4000 weapons from the state armoury to some vigilante groups associated with the incumbent NPP.

According to him, the government of Akufo Addo is retooling their vigilantes to cause mayhem and riots at the strongholds of the NDC.

The National Communication Director of the NPP, Lawyer Baubeng Asamoah, in an interview with Oyerepa Breakfast Show, however says, the NPP has no time for such acts, and that, Asiedu Nketia has lost touch on the ground and has resorted to these vile allegations to court public attention.

“The NPP government will not arrest him today or tomorrow, he is an attention seeker, and that will elude him, as far as we are in government. Or is it that, their Chairman Mr. Samuel Ofosu Ampofo is in court, for making similar remarks against the state, so he ( Asiedu Nketia) wants to join him at the court for their supporters to throng there and by so doing divert the attention of Ghanaians from the successes of the government ?”

Lawyer Asamoah, further explained that, the government of Akufo Addo, is burdened with a number of essential needs from the citizenry on which they are focused.

“If we are arming the vigilante groups to destabilize the peace of the country, who are we going to govern, and in any case, have you ever seen any ghost or dead body casting vote to elect presidential and parliamentary candidates?” he quizzed.