MTN hands over 6-unit classroom block to people of Nhyiaeso. 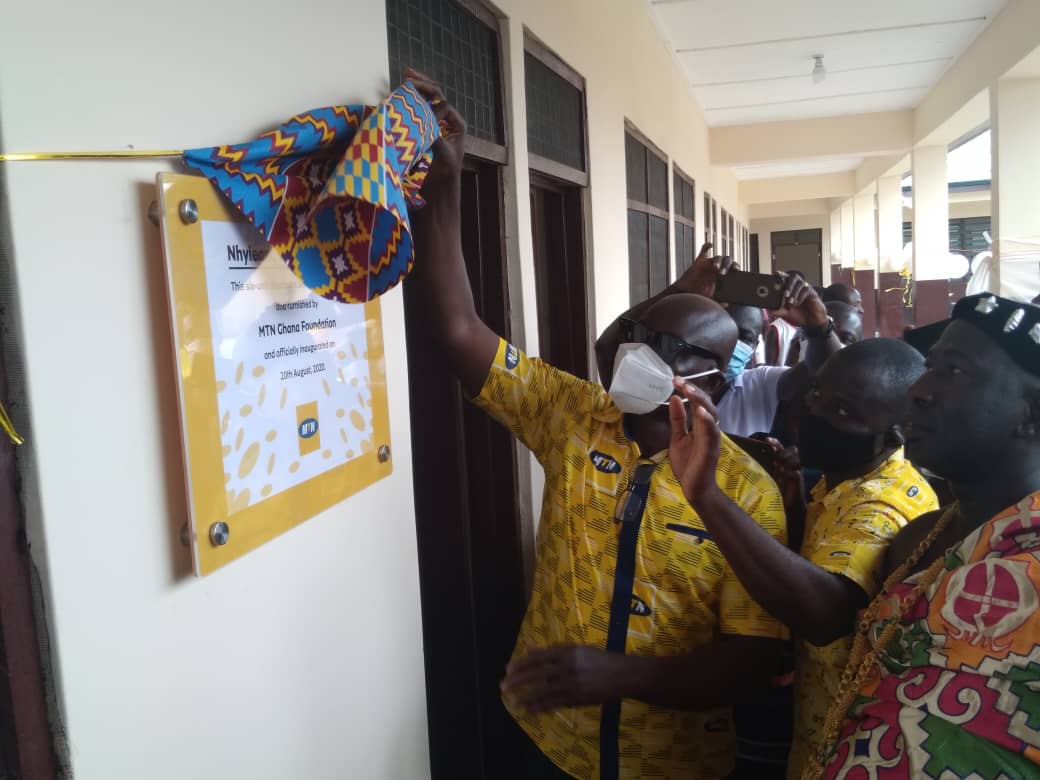 Officials of MTN-Foundation Thursday morning handed over a 6-unit classroom block to the Chiefs and people of Nhyiaeso, a town in the Asante Akyem North District.

The project constructed at a cost of GHC 500, 000. 00 with furnishings would replace a dilapidated structure that housed over 400 pupils at the Nhyiaeso District Assembly Basic school.

Speaking before the official unveiling ceremony, Corporate Services Executive, Mr Sam Koranteng reinforced the commitment of MTN to continue with investments in its three prong priority areas such as education, health care and economic empowerment activities.

These three key areas, he maintained undoubtedly helps in transforming the lives of people.

“MTN is committed to carrying out investments in the three areas of human development, that is education, health care and economic empowerment and it is in this wise that we committed funds to replace the dilapidated structure in this community”, Mr Koranteng noted.

She noted that the staff and pupils would now have a congenial atmosphere to carry out teaching and learning.

The Director tasked the headmaster to ensure the facility is put into the intended use whiles maintaining it for future generations.

Madam Agyapong commended Multi-media journalist, Ohemeng Tawiah for highlighting the plight of the school, an act she noted attracted MTN to help out.

He announced that the Chief of Mponua, a community within the District has decided to provide 100 acres of land free of charge to MTN to commence any project of their choice on same.

Nana Kwasi Wusu, Chief of Nhyiaeso praised MTN, multimedia and all persons who played part in helping the town to get such modern facility for teaching and learning in the town.

They charged school authorities to ensure teaching and learning improve in the school since they now have a proper environment to carry out same.