Chinese coronavirus vaccine will be available to all – Chinese president 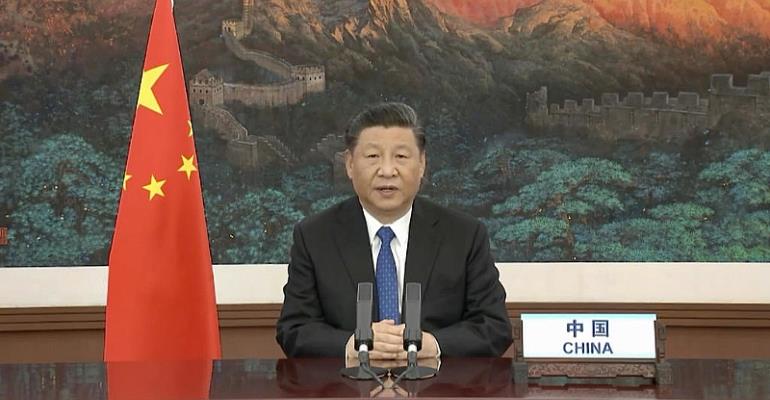 As soon as a Covid-19 vaccine is available in China, Beijing will make it globally available, thus “ensuring vaccine accessibility and affordability in developing countries,” according to Chinese President Xi Jinping in remarks made at the opening of the 73rd session of the World Health Assembly.

Without directly referring to US criticism, Chinese president Xi Jinping said that China has “acted with openness, transparency and responsibility,” while providing information to the WHO “in a most timely fashion”.

In fact, the Wuhan Municipal Health Commission did start reporting to the WHO on “a pulmonary disease” in the first statement on 31 December 31st, 2019, saying that people had been infected after being in contact with the Huanan Fresh Seafood Market.

On January 5th, Chinese scientists published the complete genome of the virus, and on 12 January, the WHO issued a statement identifying 41 cases of coronavirus. Ten days later, the global health body acknowledged that the virus could be transferred between humans, declaring a “pandemic” on 30 January.

Xi Jinping told his audience that the WHO “should lead the global response,” a jab at Washington which recently said it would withdraw funding for the organisation.

Billions promised
The Chinese leader stressed that Beijing had “sent a large amount of medical equipment and assistance to over 50 African countries and the African Union” as “African countries, in particular, have weaker public health systems.

Helping them build capacity must be our top priority,” and international cooperation in fighting the virus should be “strengthened”.

China has promised to provide two billion dollars over a two-year period, work with the UN to set up a global humanitarian response depot and hub in China, help Africa by establishing a cooperation mechanism to enable Chinese hospitals to pair up with 30 African hospitals, and revamp the capacity of Africa’s Center for Disease Control based in Addis Ababa

It will also work together with the G20 on a “debt service suspension initiative” for the poorest countries.

Most importantly, “Covid-19 vaccine development and deployment in China, when available, will be made a global public good,” according to Xi’ said.

First successes
Currently, there are more than 100 potential vaccines in development worldwide. At least eight have started testing on humans, including five Chinese ones.

On May 18th, the US biotech firm Moderna said in a statement that it had reached “positive interim” results with the first clinical tests of its vaccine performed on a small number of volunteers.

The vaccine, mRNA-1273, appeared to produce “neutralising antibodies” in all eight people who received the experimental vaccine, the company said.

The complete results of the phase 1 tests are not yet known, but the vaccine is “generally safe and well-tolerated,” Moderna said. The company’s shares increased in value by 26 per cent in early trading on Monday. Other laboratories, like the Chinese company, Sinovac Biotech, had already started clinical trials and reported: “good safety and efficacy” of vaccine trials on laboratory monkeys.

French vaccine controversy
Meanwhile, in France, a row erupted after drugmaker Sanofi said it would reserve first shipments of any vaccine it discovered for the United States.

The comments prompted a swift rebuke from French President Emmanuel Macron who said that any vaccine should be treated as “a global public good, which is not subject to market forces,” a stance echoed by Xi Jinping on 18 May.

Sanofi chief executive Paul Hudson said the US had a risk-sharing model that allowed for manufacturing to start before a vaccine had been finally approved, while Europe did not.

“The US government has the right to the largest pre-order because it has invested in taking the risk,” Hudson told Bloomberg News.

Macron’s top officials are scheduled to meet with Sanofi executives to discuss the issue in the coming days.