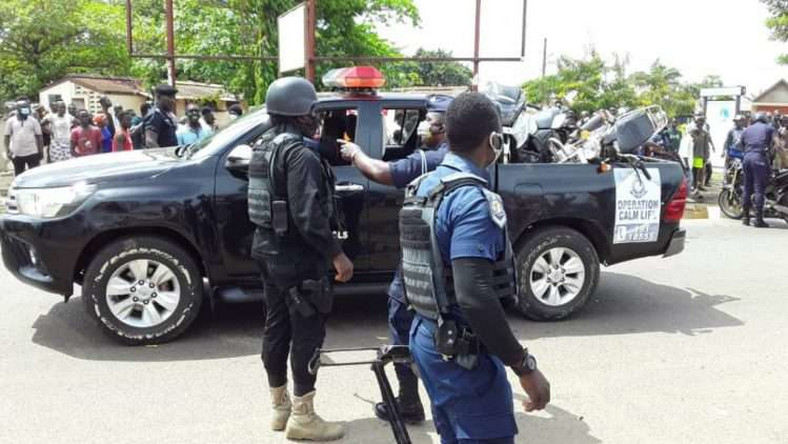 Seven persons have been arrested by the Tema Police for scrambling for cash thrown onto the street by armed robbers who were being chased by the Police.

The armed robbers are said to have stolen a sum of GHc120,845 from a Lebanese businessman last Thursday.

However, they were given a hot chase by the police, forcing one of the robbers to throw the money on the streets.

Upon seeing the scattered cash, some eyewitnesses including the suspects went ahead of collect as much as they could.

READ ALSO: Major developmental projects about to be rolled out in my constituency – MP for Manhyia North

One of the robbers was shot dead at the scene

But they were later apprehended by Tema Regional Criminal Investigative Department (CID) for collecting the cash thrown onto the streets by the robbers.

Three of the suspects, Richard Attoh, Qaadir Bancey and Awudu Mohammed, have since admitted to taking part in the scrambling.

Meanwhile, the other suspects have been identified as Sulemana Bancey, Kwesi Hanson Smith, Kabul Akuaku and David Nartey Daniels.

The incident happened last Thursday after two armed robbers stole from a Lebanese businessman who had gone to retrieve money from the Tema Community 1 branch of Zenith Bank.

While they managed to snatch the money from the man, the Police were immediately alerted and they chased the robbers.

One of the robbers died on the spot after being shot following an exchange of gunfire between the police and the armed robbers.