Number of years at the S.H.S level is problematic – Says A legislator 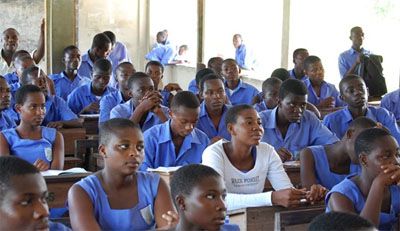 A member of the legislator added his voice to issues emanating as some Senior High School students complaining bitterly, with others engaging in vandalism because they claim Pass questions which were shared to them, of which they expectant failed them.

According to the Honourable Member of Parliament, the number of years students spend at The SHS level is one of the factors which has contributed to the situation being witnessed now.

Speaking with Oyerepa Breakfast Show’s Nana Kwadwo Jantuah, Mr Johnson Kwaku Adu, the Honourable MP for Ahafo Ano South West reiterated that authorities of Senior High Education have stated emphatically that they will deal with perpetrators of the act.

It talked about there being measures put in place to duly teach students to understand whatever they are being taught in class, normally referred to as Methodology.

He quizzed the relevance of the back and forth nature of things citing, “The NPP government then, led by Former Prez John Agyekum Kufuor increased the number of years at the SHS to Four years, but the NDC government reversed the years back to three, which isn’t even up the three years exactly.”

The Honourable Member of Parliament stated and held as his position that the number of years spent at the SHS level contributes to their success or failure.